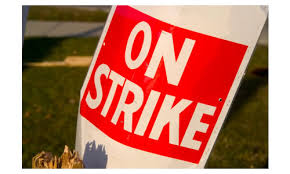 Cameco (TSX:CCO) (NYSE:CCJ) announced today that, in response to receiving strike notice from the United Steelworkers Local 8914, the company initiated a shutdown of its McArthur River mine and Key Lake mill operations and will cease production at those sites.

The union has advised Cameco of its intention to commence strike action, effective 12:01 a.m. on August 30, 2014. In response to the strike notice, Cameco issued a lockout notice effective 12:01 a.m. on August 30, 2014 to assure a safe and orderly shutdown of its facilities. Cameco is continuing to meet with the union during the 72-hour notice period.

A labour disruption is not expected to affect the company’s 2014 uranium delivery commitments to customers. Cameco may draw on a variety of supply sources including primary production, and existing purchase commitments and inventories.

Cameco is one of the world’s largest uranium producers, a significant supplier of conversion services and one of two CANDU fuel manufacturers in Canada. Our competitive position is based on our controlling ownership of the world’s largest high-grade reserves and low-cost operations. Our uranium products are used to generate clean electricity in nuclear power plants around the world. We also explore for uranium in the Americas, Australia and Asia. Our shares trade on the Toronto and New York stock exchanges. Our head office is in Saskatoon, Saskatchewan.