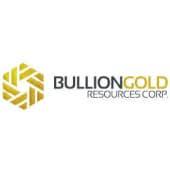 Bullion Gold Resources Corp. (TSX-V: BGD) announces that it has completed a first drilling program of nine holes totaling 2,381 meters on the Bousquet project, located over more than 7 km along the Cadillac-Larder Lake fault, in the Rouyn-Noranda region, in Quebec.

These holes drilled to verify the historical data of the Paquin-Est, Paquin Ouest and Decoeur zones confirm the presence of gold, most of which have intersected several significant gold values in zones of deformation and silicification strongly mineralized.

“We are very pleased with the results obtained during this first 2021 drilling campaign. These confirm the gold potential of the Decoeur and Paquin zones. Recognized by drilling over more than 3.5 km, the Joannes, Decoeur, Paquin and CB 1 gold zones will eventually be the subject of a larger drilling campaign during 2022. Definition and in-depth drilling will make it possible to establish a first 43-101 resource on this project as soon as possible,” said Jonathan Hamel, President and CEO of the Corporation

The Corporation is planning a definition drilling program in 2022 and intends to test the depth extensions of the known showings as well as verify certain potential targets located north of the Cadillac-Larder Lake fault. The northern sector of the Bousquet project has hardly ever been the subject of drilling work also, the Corporation believes that the anomalies of low and high magnetic intensities defined in that sector by an airborne magnetic survey carried out during 2021 should be tested during the year.

Located 30 km east of Rouyn-Noranda, the Bousquet project is composed of 97 cells for an area of ​​approximately 2,675 hectares. The property extends over nearly 7 km along the Cadillac Fault. An ENE gold corridor of more than 3.5 km long including the main gold showings confirmed by drilling is located south of this fault. The world-renowned Cadillac-Larder Lake fault is one of the most prolific gold-bearing faults in Canada. More than 100M ounces of gold have been produced historically in its immediate environment. Still today, several gold deposits in production are associated with it such as Lapa, Canadian Malartic, La Ronde, Goldex, Sigma and Lamaque.

The Bousquet property is underlain by metasedimentary rocks of the Cadillac, Timiskaming and Pontiac groups and volcanic and intrusive flows of the Piché group. The Cadillac mining camp is mainly characterized by three types of mineralization related to distinct auriferous geological contexts: auriferous massive sulphide lenses (Bousquet 2 and La Ronde mines), gold-rich polymetallic veins (Doyon and Mouska mines) and auriferous veins associated with EW oriented regional faults (Lapa deposit). The property is 100% owned by the Corporation.

Bullion Gold is involved in the identification, exploration, and development of viable mineral properties in the Province Quebec and British Columbia. For more information on the Corporation, visit www.bulliongold.ca.

This press release has been read and approved by Jeannot Théberge, qualified person according to NI 43-101.

** Thickness along the hole.