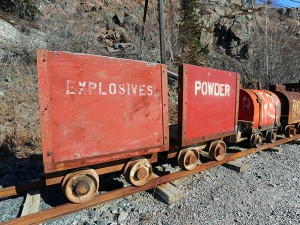 The Canadian mining industry is in crisis, facing record-low financing, few deals and little cash, but private equity firms could rescue it, according to a study by Bloomberg Industries.  The report was released today at the Prospectors & Developers Association of Canada (PDAC) convention, the mineral industry’s largest annual event.

Canadian mining companies have been faced with serious difficulties over the past year including:

• Only 308 deals last year, the lowest in more than eight years

“Banks have seemingly closed their doors on the mining industry, leaving companies scrambling to finance their projects, which makes the meetings at this year’s PDAC among the most critical ever,” said Kenneth Hoffman, head of metals and mining research for Bloomberg Industries, a team of more than 100 research professionals that cover more than 100 sectors worldwide.

• PE can do something public mining companies can’t—hedge

“PE funds look for steady cash flows, and hedging long term at locked in prices provides the needed comfort that allows the miner to focus on costs, while providing a steady return,” Hoffman said.

A critical factor to successful transactions is understanding the value of a company’s mine assets, he said, adding that Bloomberg has developed a new analytical tool to do just that. The Bloomberg Interactive Net Asset Value calculator looks at creating a NAV for mining assets. The calculator has data on more than 700 miners and looks at copper, nickel, gold, silver, iron ore, lead, and zinc metals as main products and/or by-products.  Reserves are manipulated by the user to better understand the recoverable reserve base.  The model also brings in data on real-time commodity exchange forward prices to help understand cash flows.  Bloomberg calculates weighted average cost of capital for each company to better understand discount rates.

For more information on Bloomberg products and services at PDAC, go to Booth #1227 from Sunday, March 3rd to Wednesday, March 6th.