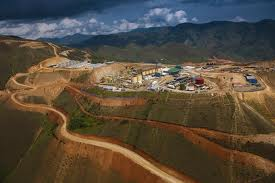 Banro Corporation (NYSE MKT:BAA) (TSX:BAA) announces that it has closed its previously announced US$40 million financing involving the issue of convertible preferred shares to investment funds managed by Gramercy Funds Management LLC by way of a non-brokered private placement.

“This financing is intended to address and resolve near-term liquidity constraints that Banro has experienced during the completion of the Twangiza Mine expansion project and the development of the Namoya Mine,” stated CEO Dr. John Clarke. “Further, this was completed with the minimum of dilution for the benefit of all our stakeholders,” he added.

The upgrades to the Twangiza processing facilities are well advanced and the Namoya Mine is nearing completion. The closing of this financing will allow Banro management to focus on optimizing its combined operations and to continue to reduce operating costs. Key application of the funds will centre on commencing a systematic reduction in accounts payable. The Company has negotiated payment plans with a number of its major suppliers in order to amortize the outstanding accounts payable over a period of up to six months. The objective is to ensure that currently outstanding accounts payable are reduced during fiscal 2014 to a level equivalent to one and one-half month of production costs for each mine. The Company continues to engage with the DRC banks with which it currently has debt facilities outstanding to ensure continued support as demonstrated over the past few years.

The Company also intends to establish a six month put option arrangement on 50% of its expected production to protect the Company’s cash flows during the Namoya ramp up period.

The cumulative benefits of the efficiencies introduced into operations from the second quarter of 2013 and the achievement of commercial production at Namoya by the end of the second quarter of 2014 are expected to result in both the Twangiza Mine and the Namoya Mine being able to achieve their planned 9,000 to 10,000 ounces per month gold production forecasts from the third quarter of 2014 onwards, transforming Banro into a plus 225,000 ounce per year producer with cash costs in the range of US$700 to US$800 per ounce and all-in sustaining costs of US$850 to US$950 per ounce anticipated for 2014.

The convertible preferred shares issued under the Private Placement, which were issued through two Banro subsidiaries, will pay an 8% cumulative preferential cash dividend, payable quarterly, and mature on June 1, 2017. At the option of the holders and at any time before the maturity date, the holders will be entitled to exchange their preferred shares into 55,525,000 common shares of Banro at a strike price of US$0.7204 per common share.

Banro Corporation is a Canadian gold mining company focused on production from the Twangiza mine, which began commercial production September 1, 2012, and completion of its second gold mine at Namoya located approximately 200 kilometres southwest of the Twangiza gold mine. The Company’s longer term objectives include the development of two additional major, wholly-owned gold projects, Lugushwa and Kamituga. The four projects, each of which has a mining license, are located along the 210 kilometre long Twangiza-Namoya gold belt in the South Kivu and Maniema provinces of the Democratic Republic of the Congo (the “DRC”).