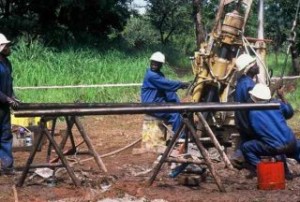 AXMIN Inc. (TSX VENTURE:AXM) is pleased to announce that following the Special Meeting of Shareholders on May 23, 2013, the final tranche of the previously announced private placement has closed. A total of 29,200,000 Units have been issued to Dickson Resources Limited today for gross proceeds of approximately C$4.38 million, less commission and expenses. The proceeds have been released from escrow by the subscriber Dickson. Each Unit consists of one common share and one-half of one common share purchase warrant with each whole warrant entitling the holder to acquire at any time until May 23, 2015 one common share for C$0.15 per common share.

Board of Directors Changes

AXMIN would also like to announce the following changes to the Board of Directors pursuant to the terms of the subscription agreement dated March 26, 2013 between AXMIN and Dickson. The changes to the composition of the Board are expected to help AXMIN access other opportunities that have the potential of providing a superior return to its shareholders.

Robert Shirriff and Alex du Plessis have agreed to step down as directors effective May 24, 2013. AXMIN’s management and board would like to thank both Robert and Alex for their guidance and important contributions during their respective terms and wish each all the best with their future endeavours.

Bright Chiu, a Dickson nominee, has been appointed to the Board, effective May 24, 2013. Mr. Chiu has an MSc from the highly respected Shanghai Jiao Tong University and an MBA from the University of Illinois in Chicago. Bright is a respected business consultant with over 12 years of international finance and business experience. Bright brings important financial expertise and perspective to the Board and we look forward to working with him.

Dickson Resources Limited is an international private resources firm backed by the private capital of its founders. The company is a BVI registered company headquartered in Hong Kong. Having a team of geological and financial experts, Dickson is committed to investing internationally in the exploration and mining of natural resources. Meanwhile Dickson’s scope of business reaches beyond the mining sector to international trade, marketing and advisory services which are all part of its business expertise.

AXMIN is a Canadian exploration and development company with a strong focus on central and West Africa. AXMIN has projects in Central African Republic, Mozambique and Senegal. AXMIN is positioned to grow in value as it progresses its Passendro Gold Project towards development and builds on its project pipeline focusing on transitioning from an explorer to producer.