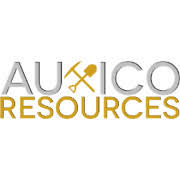 Auxico Resources Canada Inc. (CSE: AUAG) is pleased to announce the signing of an offtake agreement with the company Cuex Metal AG (“Cuex”), for the purchase of commercial tin concentrates (cassiterite) from the Company’s Massangana Tin Tailings project located in the state of Rondônia, Brazil. The agreement represents a purchase of 3,600 tonnes per year, over a period of five years, for a total of 18,000 tonnes of commercial tin concentrates. At current London Metal Exchange prices, the material is valued at US$330 million. Cuex is the Swiss subsidiary of Shangai Qunxian Industrial (Group) Co., Ltd., a bulk commodity Chinese trading company.

Auxico intends to build a 2,500  tonne per day processing facility in Rondônia that will produce on a yearly basis: 6,000 tonnes of cassiterite, 90,000 tonnes of ilmenite, 13,500 tonnes of columbite, 90,000 tonnes of zirconium and 37,500 tonnes of monazite. A recent economic forecast commissioned by the Company and prepared by the Brazilian independent company PrimeStar has projected yearly revenues of US$300 million, and an annual EBITDA of US$198 million. The Company is in the process of negotiating additional offtake agreements for cassiterite, columbite, zirconium and rare earths. The start of commercial production is planned for the second quarter of 2023.

The Massangana tailings are estimated to contain 30,000,000 tonnes (non-compliant NI 43-101), and they have been an object of the study titled ‘Investigation of tin and tantalum ores from the Rondônia Tin Province, northern Brazil, to develop optimized processing technologies’, prepared by the German Mineral Resources Agency and Geological Survey of Brazil. The study is available on the following link:

“We are extremely pleased to announce the signing of the agreement with Cuex, another important milestone in the development of the Massangana Tin Tailings project”, said Pierre Gauthier, Chairman & CEO of Auxico. “With a scalable and sustainable project such as Massangana, along with the Company’s valued partnerships, we aim to become a consistent long-term provider of tin, titanium, rare earths and other critical minerals to global markets. We continue to explore other strategic partnerships and look forward to updating the markets on further developments.”

Auxico previously signed a joint venture agreement with Cooperativa Estanifera de Mineradores da Amazônia Legal Ltda. (“CEMAL”) for the production of various concentrates from the Massangana tailings. Information on the Massangana Tin Tailings Project and terms of the joint venture agreement were previously disclosed in the news release published by the Company on June 7, 2022.

The monazite concentrate originating from the tailings and provided to Auxico by CEMAL was analyzed by Coalia Research Institute in Thetford Mines, Quebec, and contained 63.49% total rare earth oxide content (TREO).

Disclaimer – The estimate of 30,000,000 tons of tin tailings is non NI 43-101 compliant. The provided monazite concentrate contained 63.49% TREO. This was not selected under the supervision of the QP, and therefore the chain of custody cannot be independently established for the sample and is non-compliant with NI 43-101. The economic forecast done by a Brazilian company is based on previous work which has not yet been verified in the field under the supervision of the QP, and therefore the QP and the Company cautions the reader as to the reliability for the values and economic forecasts presented in this press release. The results of the economic forecast are presented as a conceptual model only based on previous non-compliant NI 43-101 studies, and is intended to give the reader an idea of what the economic model may look like based of these previous studies, and cautions the reader that the economic model is non NI 43-101 compliant.

Auxico Resources Canada Inc. is a Canadian company that was founded in 2014 and based in Montreal. Auxico is engaged in the acquisition, exploration and development of mineral properties in Colombia, Brazil, Mexico, Bolivia and the Democratic Republic of the Congo.