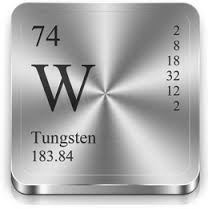 Almonty Industries Inc. (TSX-V:AII) and Woulfe Mining Corp. (CSE:WOF) (FRANKFURT:OZ4) are pleased to announce that they have entered into a non-binding letter of intent to combine the businesses of the two companies and create the leading tungsten company outside of China. The combined business will have two producing tungsten assets located in Spain and Australia, pre-construction assets in South Korea and Spain, and serve as an attractive platform for further accretive growth and consolidation in the global tungsten sector. Completion of the Merger is subject to completion of due diligence process by both companies, expected to be completed within the next 30 days, and the satisfaction of certain conditions discussed below.

The C$0.08 fixed price represents a 22.7% premium to Woulfe’s 30-day volume weighted average price for the period ending January 26, 2015. Upon completion of the Merger, Woulfe shareholders will own approximately 41% to 48% of MergeCo, depending on the Almonty VWAP.

Woulfe’s principal asset is the 100%-owned Sangdong Tungsten/Molybdenum Project located in South Korea, located 187km southeast of Seoul (subject to a third party which may purchase a 25%-ownership interest in Sangdong for US$35 million). The property is comprised of 12 Mining Rights with an aggregate area of 3,173 hectares. Woulfe recently completed a de-risking review of its final Feasibility Study report based on, the Tetratech 2012 feasibility report, on the Sangdong mine.

Almonty’s principal assets are the Los Santos tungsten mine, producing 1,100 tonnes/year of WO3, and the Wolfram Camp tungsten and molybdenum mine in Queensland Australia, which produced 700 tonnes of WO3 in 2013. In addition, Almonty is working towards the commissioning of the Valtreixal tin/tungsten mine in north western Spain with anticipated production in 2017.

Lewis Black, President and CEO of Almonty, commented, “This transaction represents the opportunity to combine one of the world’s most promising undeveloped tungsten asset with our significant portfolio of producing assets, to create a truly global tungsten powerhouse. Almonty has already established itself as a leading producer of tungsten outside of China and premier consolidator of global tungsten assets. With the addition of Woulfe’s flagship Sangdong mine, we are confident about the combined team’s ability to unlock significant value from our collective assets for our combined shareholders.”

Commenting on the transaction, Michel Gaucher, President and CEO of Woulfe, said, “By combining Woulfe and Almonty, we are creating the premier tungsten producer outside of China. The complementary expertise of Almonty’s and Woulfe’s highly experienced technical teams combined with an enhanced access to capital through the merger, will potentially advance the Sangdong project to production on an accelerated timeline. We believe this new company will provide investors with an ideal way to gain broader exposure to the tungsten sector.”

MergeCo’s management and board will reflect the collective strengths of both companies, having years of experience of direct tungsten experience across the globe. It is anticipated that the executive management of MergeCo will be led by a team managing Almonty’s assets with the addition of key Woulfe executive team members, who will continue to manage and operate the South Korean operations. Discussions regarding MergeCo’s Board of Directors are currently underway.

SUMMARY OF THE TRANSACTION

It is anticipated that the Merger will be completed by way of a plan of arrangement, resulting in Woulfe becoming a wholly-owned subsidiary of Almonty at closing.

Based on the current common shares outstanding of both Almonty and Woulfe, Woulfe shareholders will own approximately 41% to 48% of the shares of MergeCo upon completion of the Merger and Almonty will own approximately 59% to 52% of the common shares of MergeCo. Based on 30-day VWAP closing on January 26, 2015, the C$0.08 fixed price represents a 22.7% premium to Woulfe shareholders.

The transaction is subject to completion of due diligence, the execution of a definitive agreement reflecting the terms set out in the LOI, and the approval of the Woulfe shareholders requiring a favourable vote of 66 2/3% of the votes cast at a meeting to be held as soon as practicable following execution of the definitive agreement, in addition to other customary closing conditions, including receipt of court and all regulatory and stock exchange approvals. Woulfe has also agreed to non-solicitation restrictions, including Almonty’s right to match any superior proposals, and a break fee equal to 3.75% of equity value payable to Almonty under certain circumstances.

Certain members of management, directors and key shareholders of Woulfe, including Dundee Corp., have expressed their willingness to enter into support agreements to, among other things, vote their common shares in favour of the matters relating to the Merger.

Subject to the execution of the definitive agreement and satisfaction of all closing conditions, the Merger is expected to be completed in April 2015.

Almonty has today provided Woulfe with a C$150,000 unsecured bridge loan, and up to a further C$150,000 unsecured bridge loan will be made available upon the execution of the definitive agreement (the “Bridge Loan”) which will be used for basic working capital needs. The Bridge Loan will mature on the earlier of April 30, 2015 or closing of the Merger, subject to extension with the agreement of Almonty, will bear an interest rate of 12% per annum payable at maturity and will rank pari passu with Dundee Corporation’s existing unsecured convertible debt of Woulfe.

Woulfe has retained, for its due diligence of the Almonty assets and operations, the services of Micon International UK. A fairness opinion will be provided to Woulfe’s Special Committee and Board by a yet to be chosen expert. Armstrong Simpson is acting as legal counsel to Woulfe and its Board of Directors.