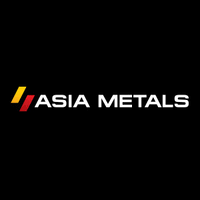 Asia Broadband Inc. (OTC : AABB), through its wholly owned subsidiary Asia Metals Inc., announced that the Company has completed the sale of its mineral property and mining operations facilities in the Guerrero Gold Belt, Mexico, to Joint Venture Partner, Qiangda Investments & Economics Co. Ltd. The principle consideration terms of the sale agreement have been delivered and included a $52 million cash payment, a $30 million transfer of gold bullion and an assignment of a 28% equity interest back to the Company. Additionally, all of the operational controls and authorities of the property and facilities have been transferred to the new ownership’s designated management personnel.

AABB conducted a pre-feasibility study assessment of the GGB property and facilities in the fourth quarter of 2020, which formed the basis for management’s decision to negotiate the sale of the GGB assets. The primary realization and conclusion of the assessment was the enormous capital required to enable a large-scale build-out and development of the property and operations. Furthermore, given the capital structure of the Company, sufficient capital funding for expansion would not be attainable or sustainable over time without onerous dilution and loss of control. Subsequent to numerous management discussions, it became apparent that AABB had reached its peak value added level on the GGB property and it would be advantageous for the Company to shift its focus and leverage its resources and experience to duplicate its GGB development success on its Colima, Mexico property. With QIEC’s intimate knowledge of the GGB operation, combined with its vested, expansion and control interest in the property, the joint venture partner was the optimal buyer of the GGB project for maximum value.

“The entire AABB management team would like to thank the Qiangda Investments group for all its support financially and operationally over the last two and half years to allow us to achieve this major milestone event today and launch us into a high level of operations to rapidly capitalize on all our new projects and opportunities going forward,” expressed AABB CEO James Gilbert.

Asia Broadband Inc. through its wholly owned subsidiary Asia Metals Inc., is a resource company focused on the production, supply and sale of precious and base metals, primarily to Asian markets. The Company utilizes its specific geographic expertise, experience and extensive industry contacts to facilitate its innovative distribution process from the production and supply of precious and base metals in Mexico, to our client sales networks in Asia. This vertical integration approach to sales transactions is the unique strength of Asia Broadband and differentiates the Company to its shareholders.