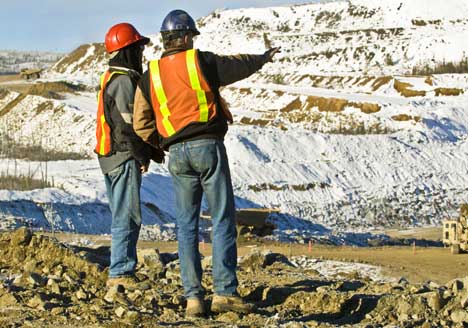 Lucky Queen and Onek are two historic silver mining properties that will supplement the existing Bellekeno mine and mill, which are also located in the Keno Hill Silver District.

“The addition of these two properties to Alexco’s operations greatly expands the potential and provides a longer economic life for the Keno Hill Silver District,” Minister of Energy, Mines and Resources Brad Cathers said.

The Department of Energy, Mines and Resources issued an amendment to Alexco’s Quartz Mining Licence on January 25. The licence amendment approves a reclamation and closure plan for all of Alexco’s Keno Hill operations, which now includes the Lucky Queen and Onek projects, and requires financial security to be increased to $4.2 million dollars within 30 days.

Alexco has applied for a Water Use Licence for the two new mining operations, which is needed to authorize the use of water and to regulate any discharge to water. A Water Board hearing is scheduled for February 26 to 28 in Mayo.

Alexco commenced production in the Keno Hill Silver District in October 2010. The company paid $351,535 in royalties to the Yukon government for the 2011 calendar year.