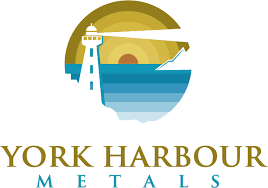 The Phase 2 diamond drilling program concluded on December 15th, 2021, which included 29 drill holes totaling 4,562 metres. The program was undertaken to test strike and depth extensions of reported volcanogenic massive sulphide (“VMS”) mineralization along a 400-metre strike length within the Main Area, proximal to the historic mine workings. The first assay results from Phase 2 drilling program were reported on diamond drill hole YH21-18 in a news release dated February 14th, 2022.

Chairman Bruce Durham commented; “The strong copper-zinc grades in drill hole 20 are further confirmation of the presence of long intervals with very high grades in some of the VMS style mineralization we have been intersecting in shallow drilling at York Harbour. While it is still early days in the exploration process, the results in holes 18 and 20 point to the need for a lot more work in this part of the main area. The project now covers the entire favourable basalt flow contact and there is only very limited historical exploration along much of that folded contact even though copper, zinc and massive pyrite have been found elsewhere on the property.” 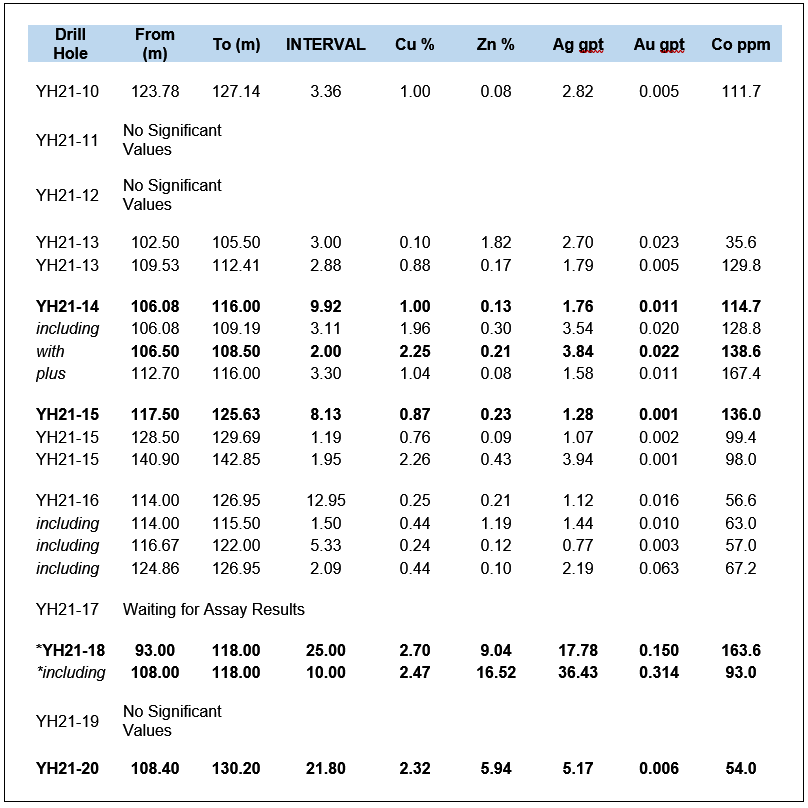 Note:   All intervals are drilling lengths, not true widths, since true widths have yet to be established. * The results for YH21-18 were reported on February 14th, 2022. 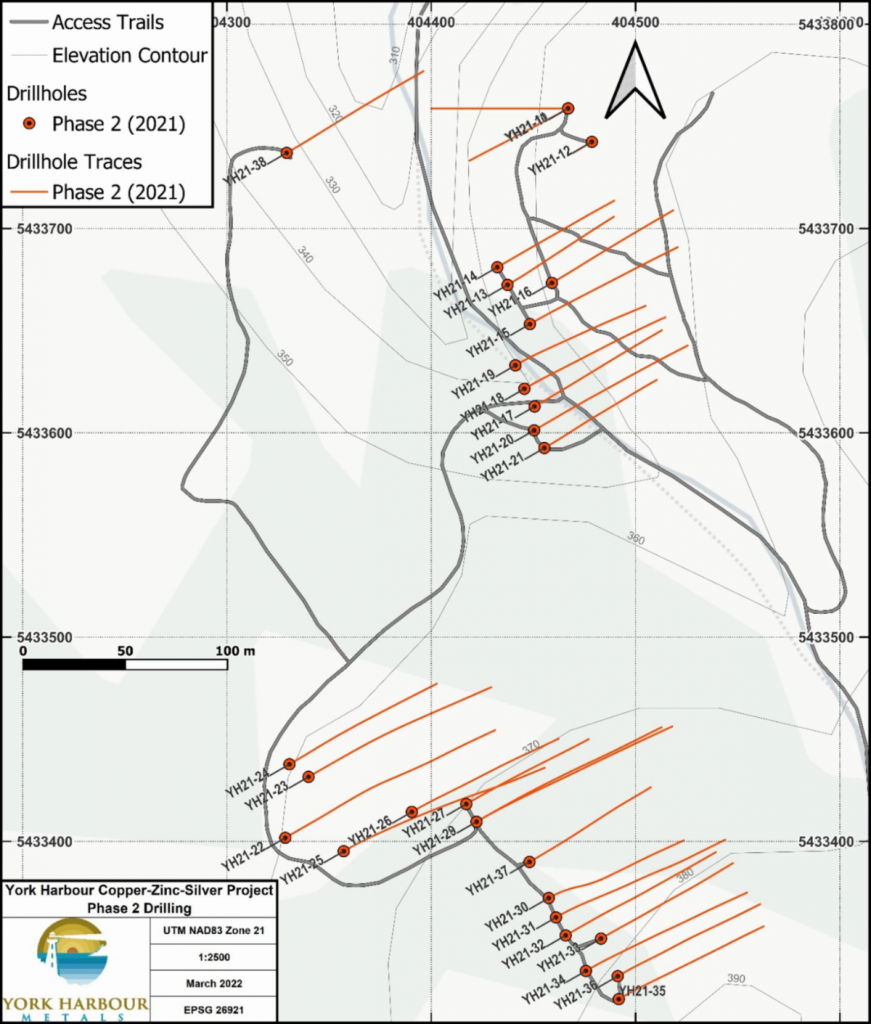 The Project area lies within the Bay of Islands Complex terrane situated on the west coast of Newfoundland. The York Harbour property has been subject to documented exploration and production since 1893. Mafic-type flow-dominated (Cyprus type) copper-zinc-silver massive sulphide zones are well documented within eleven zones along a 400-metre strike length with many zones open for further expansion. An overturned synclinal fold is interpreted to extend and repeat the favourable stratiform mineralization along the eastern and western portions of the property where geological, geophysical, and/or geochemical anomalies are known but have received little exploration attention.

Doug Blanchflower, P. Geo. is a Qualified Person in accordance with National Instrument 43-101 has reviewed and accepted the technical material contained in this news release.

York Harbour Metals Inc. (formerly Phoenix Gold Resources) is an exploration and development company focused on the York Harbour Copper-Zinc-Silver Project, a mineral property located approximately 27 km from Corner Brook, Newfoundland and Labrador. The Company plans to continue drilling the 11 known mineralized zones and test other new massive sulphide targets, like the No 4 Brook showing, while focusing on gaining access to the 400-level and Sea Level adits.