Ximen Mining Corp. (TSX-V: XIM) (FRA: 1XMA) (OTCQB: XXMMF) announces that it is planning to start drilling at its Bud-Elk property, situated in the Greenwood Mining Camp in southeastern BC.

Ximen’s Bud-Elk property is located west of the city of Greenwood in southeastern BC.  The 2022 exploration program of trenching and drilling is designed to test targets for disseminated gold-copper mineralization.    Drilling is scheduled to start next month. 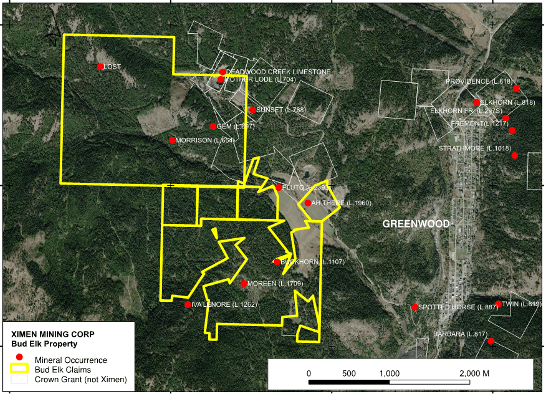 The Bud Elk property covers 7 mineral occurrences of which the Morrison is recorded as a past producer, with total production of 230 ounces of gold, 837 ounces of silver and 23,637 ponds of copper from 2,637 tonnes.    Two types of mineralization are present at Bud-Elk: 1) disseminatedcopper-gold porphyry style, and 2) copper-gold skarns.

At Morrison, disseminated pyrite and minor chalcopyrite, and narrow massive sulfide zones were encountered in trenching and drilling by previous owners in 2003 and 2005. The most significant gold, silver and copper values from that program were obtained in zones of massive sulfide mineralization.

At the Moreen showing, 400 metres south of the Buckhorn, trenching by the previous owner in 2008 exposed quartz diorite with disseminated copper-gold mineralization, including 32 metres grading 0.23% Cu and 0.12 g/t Au. 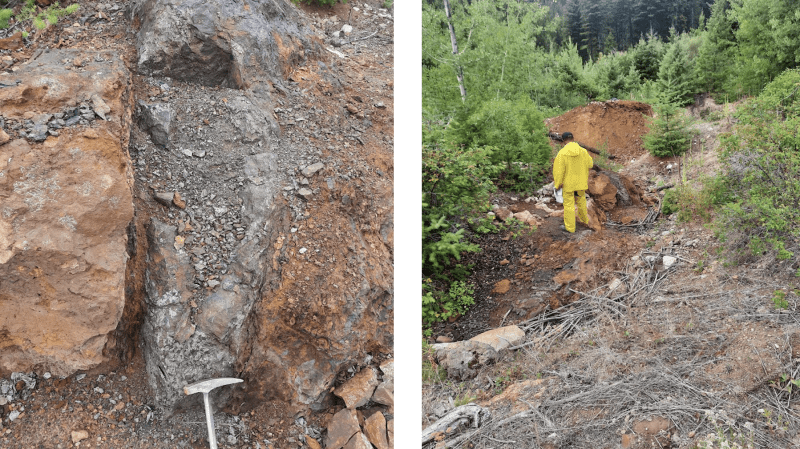 Two additional showings were reported by the previous operators.  The first is the Iron Top showing, where disseminated chalcopyrite occurs in in an east-west trending zone that can be traced over 500 metres.  Grab samples collected by the previous owner in 2012 returned results up to 0.91% Cu and 1.41 g/t Au from disseminated mineralization, and 0.58% Cu and 0.82 g/t Au from skarn-type mineralization.  The second is the XLCR showing, where one grab sample collected in 2012 by previous owners of disseminated pyrite and chalcopyrite returned a value of 0.28% Cu and 0.28 g/t Au. 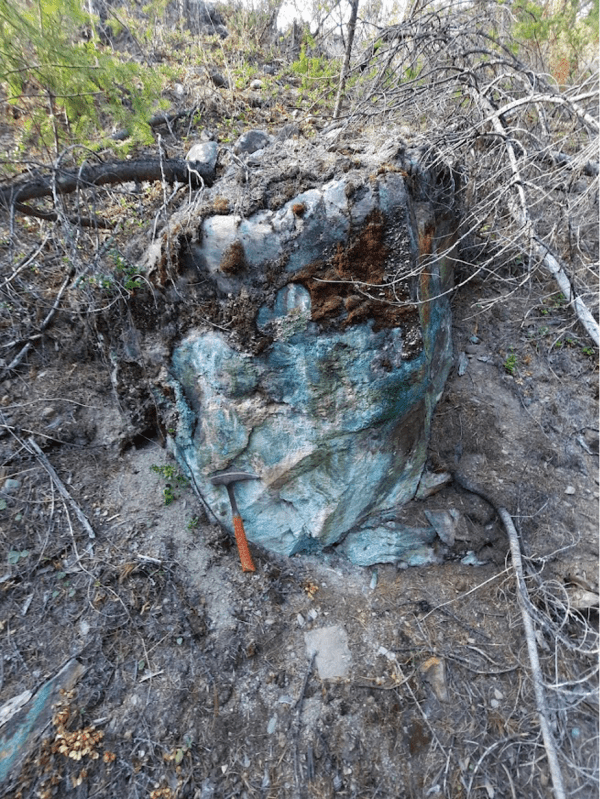 Since acquiring the property, Ximen conducted check rock sampling in 2020, and soil geochemistry and airborne geophysics in 2021.  Grab samples from the Buckhorn retuned values ranging from 0.14% to greater than 1% copper, and from 0.09 to 2.7 grams per tonne gold.  One grab sample collected from the Iron Top showing returned values of 0.42% copper and 0.35 grams per tonne gold.  These results confirm the presence of disseminated gold-copper mineralization.  Last year the Company conducted soil sampling for which the results are pending review and compilation.

The Company is permitted to drill the Bud-Elk property with a total of 24 drill sites of which 10 are approved for this year.  Multiple holes can be drilled from each of the sites, so the current permits allow for a total of 40 holes or up to approximately 10,000 metres this year.  Drilling is planned to start after the annual survey of species and ecosystems at risk is completed in April. 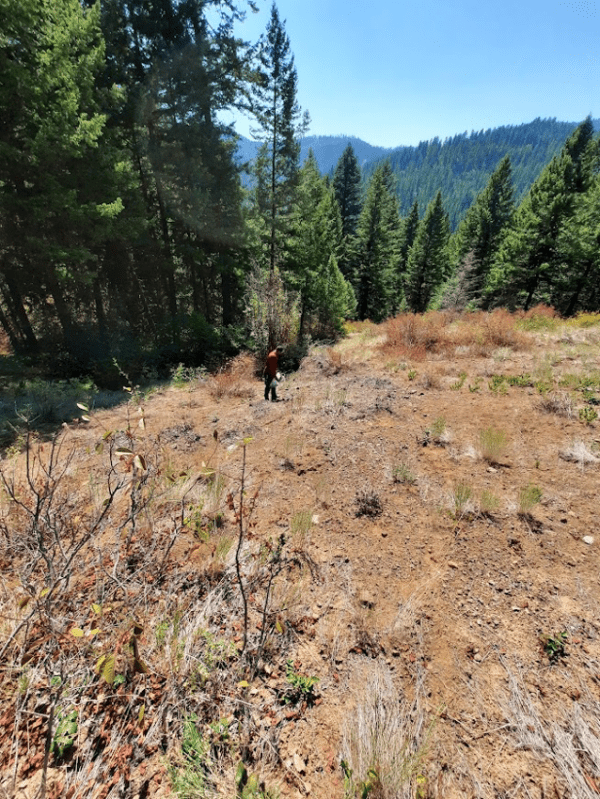 The Company has granted 1,500,000 stock options at an exercise price of $0.25 and 1,000,000 Restricted Share Units to its directors, officers, employees and consultants. The options are exercisable for five years and will be cancelled 30 days after cessation of acting as director, officer, employee or consultant of the Company. The RSUs are payable in common shares of the Company and vest in four equal instalments over one year after the date of the grant. The Stock Options and the RSUs are not transferable and will be subject to a four-month hold period from the date of grant and any applicable regulatory acceptance.