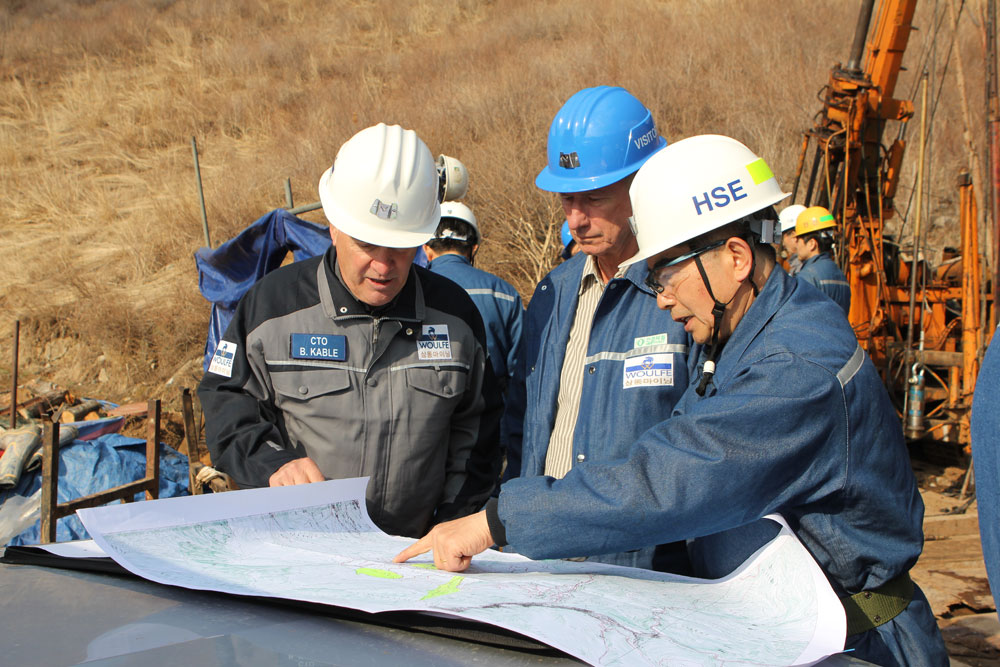 Woulfe Mining Corp. (TSX-V: WOF, OTCQX: WFEMF, Frankfurt: OZ4) announce that its 100% owned subsidiary, Sangdong Mining Corp., has signed a contract for the development of the main access portal and a commercial scale mine on the Sangdong property.

Brian Wesson CEO and President commented; “This is a significant milestone for Sangdong as it is the official start of mine construction and it comes at a substantially lower cost than we budgeted suggesting much escalated project economics and corporate value.”

This significant reduction in the mining cost should have a very positive impact on project economics.  Notable benefits include substantial saving in operating cost as the mining cost constitutes a 53.9% of the total operating costs estimated in the Feasibility Report and the lowered cut-off grade resulting in more mineable resources. The initial blast of the main access portal is scheduled to take place on October 8, 2012.

The mining contractor appointed has strong technical experience gained in underground mines as well as construction of numerous road and railway tunnels in Korea. The contractor possesses large underground mine vehicle fleets and qualified mining and civil engineers who will be deployed to the Sangdong project.

Woulfe has commissioned TetraTech (Wardrop) to assess the new mining contract and its impact on feasibility, project economics and resources for the Sangdong property. This will be done in conjunction with the update of the Sangdong resources which will take into account the additional drilling (7.195metres) carried out since February 2012, the previous cut-off date for the feasibility drilling.