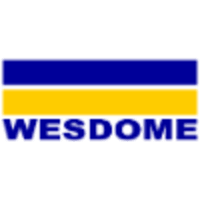 Since the completion of the PFS in 2021 and subsequent preproduction activities, underground drilling has been focussed on exploration to test sectors proximal to the Kiena Deep A Zones. As part of this exploration focus, early success discovered the Footwall Zones last year. Earlier this year, exploration confirmed the presence of the South limb in the folded Kiena Deep A Zone at depth (see press release dated June 1, 2022). Recent drilling has continued to return high grade assays from this South limb area (reported below and Figure 1a, 1b). This area remains open along strike and down dip. The discovery of additional zones proximal to the A Zones represents a significant benefit to the mining from using common infrastructure. Development metres planned per sub level will leverage access to more ounces, thereby positively impacting future mining.

Most recently, drilling intersected two new zones in the hanging wall basalt (Figure 1b). The first zone was observed in holes N103-6839W1A, N103-6839W2, and N103-6839W3. This zone consists of disseminated sulfides (pyrrhotite±pyrite) in basalt associated with a stockwork of veinlets composed of quartz ± pyrite±pyrrhotite±chalcopyrite±visible gold, (mm- to cm-thick) showing a random orientation. Up to now, the strike, dip and true thickness of this zone are unknown. The second zone, observed in hole N103-6839W4, consists of a quartz-cabonate vein ( <10 cm-thick) with visible gold that returned 2,850 g/t Au over 1.5 m (See Figure 1b and Photograph Figure 2). Currently, the strike and dip of this vein are unknown. The adjacent or “shoulder” assays are pending for this hole. These new basalt zones all occur below an observed bend or steepening in the plunge of the Kiena Deep A Zone. Early hypothesis is that folding/faulting represented by fracturing in the hanging wall basalt could allow for a favorable environment for this type of mineralization.

Highlights of the recent drilling are listed below and are summarized in Table 1.

Assays capped at 90.0 g/t Au for A zone and capped at 35.0 g/t Au for the New Basalt Zones. True widths are estimated based on 3D model construction.

Mr. Duncan Middlemiss, President and CEO commented, “We are pleased with the recent discoveries of the South Limb and Footwall zones, and most recently the high grade results in the basalt in the hanging wall of the A Zone. These discoveries demonstrate the exploration potential of the Kiena Deep Zone. These zones have the potential to increase the number of ounces per vertical metre and to provide additional working faces during mining. The discovery of these zones highlight the potential to add ounces within the basalt, where the rock quality is significantly better than in the footwall of the A Zone allowing for increased development rates. Obviously, this area remains one of the focuses of the current drilling.

We are also very pleased with the continued expansion of the South Limb of the A Zone and local expansion of the A and A1 zones. This can positively impact project economics as the same underground infrastructure utilized to access the A Zone can be leveraged to mine these additional zones on a lower unit cost basis.

Additionally at Kiena, our paste fill plant commissioning activities remain on track and we expect the plant to be fully operational shortly, with the first paste pour scheduled for later this month.”

As well, recent drilling from 112 Level also continued to confirm the lateral extension of the A and A1 Zones (Figure 3). These new results continue to add confidence in the existing 3D model.

The underground technical and geoscientific content of this release has been compiled, reviewed, and approved by Bruno Turcotte, P.Geo., (OGQ #453) Chief Geologist – Underground Exploration of the Company, a “Qualified Person” as defined in National Instrument 43-101 –Standards of Disclosure for Mineral Projects.

Analytical work was performed by ALS Minerals of Val-d’Or (Quebec), a certified commercial laboratory (Accredited Lab #689). Sample preparation was completed at ALS Minerals in Val d’Or (Quebec). Assaying comprised fire assay methods with an atomic absorption finish. Any sample assaying >3 g/t Au was rerun by fire assay method with gravimetric finish, and any sample assaying >10 g/t Au was rerun with the metallic sieve method. In addition to laboratory internal duplicates, standards, and blanks, the geology department inserts blind duplicates, standards, and blanks into the sample stream at a frequency of one in twenty to monitor quality control.

Wesdome is a Canadian focused gold producer with two high grade underground assets, the Eagle River mine in Ontario and the recently re-started Kiena mine in Quebec. The Company also retains meaningful exposure to the Moss Lake gold deposit in Ontario through its equity position in Goldshore Resources Inc. The Company’s primary goal is to responsibly leverage this operating platform and high-quality brownfield and greenfield exploration pipeline to build Canada’s next intermediate gold producer. Wesdome trades on the Toronto Stock Exchange under the symbol “WDO,” with a secondary listing on the OTCQX under the symbol “WDOFF.”