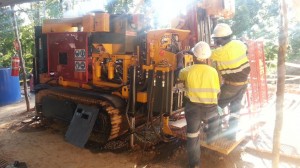 WCB Resources Ltd (TSX-V:WCB) is pleased to announce that they and Kula Gold Limited (ASX:KGD) have signed a non-binding Memorandum of Understanding in order to explore the possibility of a joint venture between the two companies, bringing together WCB’s Misima Gold Project and Kula Gold’s Woodlark Island Gold Project. Both assets are in Milne Bay Province, Papua New Guinea.

Initially, the two companies will explore the synergies between Misima and WIGP with a view to maximising the value of both projects. The Boards of both companies believe that there is potential for significant upside in a joint development of the two gold projects, given their relatively close proximity and the potential benefit of barging ore from one island to the other for processing in a single larger CIP/CIL plant, providing economies of scale. A joint development along these lines could ultimately increase returns, benefiting shareholders of both WCB and Kula Gold.

The MOU forms the framework under which the companies will work together to explore the technical and commercial benefits of a joint development. It is a non-binding MOU that expresses the wish of both companies to explore this potential, which may become an exciting opportunity. The MOU is not exclusive and allows the companies to independently progress the development of their projects.

The CEO of WCB Resources, Cameron Switzer, said, “The potential combination of the Misima Gold Project, which currently contains an indicated gold resource of 1.3 million ounces and an additional 0.4 million ounces in inferred in accordance with NI 43-101, and the Woodlark Island Gold Project, which contains a historical 2.1 million ounces1 of gold in accordance with Australian JORC standards2, could lead to greater commercial returns than would the sum of the individual projects. The concept incorporates the barging of ore from Woodlark approximately 170km south to Misima.”

The Chairman of Kula Gold, David Frecker, said, “We see the MOU with WCB Resources as a logical and pragmatic step for Kula Gold. It opens up the possibility of combining our two projects into one large operation. The economies of scale may be the catalyst for the development of both projects, particularly in the currently low cost environment where costs have materially reduced for plant, equipment, energy and labour. If this combined development is successful it will deliver a larger gold project with expected economies of scale.”

WCB Resources is being advised by Curran & Co.

WCB is focussed on Misima Island in Milne Bay Province, Papua New Guinea, where the team has defined a Mineral Resource of 1.7 million ounces of gold and 9 million ounces of silver (prepared in accordance with NI 43-101) along with strike and depth extension opportunities. Surface indications and drill hole data further support a porphyry Cu Au system at depth.

The Misima Mineral Resource was completed independently by AMC Consultants, June 18, 2015, and comprises:

Mineral Resources that are not Mineral Reserves do not have demonstrated economic viability.