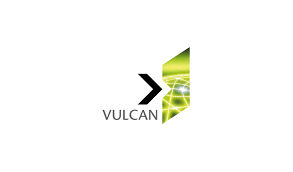 A total of 1511 meters (m) were drilled over 8 scout holes testing a variety of targets within mafic volcanic rock sequences in the Colchester area. Several stringer, disseminated and locally semi – massive sulfide zones were encountered containing chalcopyrite with variable associations of pyrite, pyrrhotite and sphalerite. Mineralization is associated with abundant pyrite within sheared and chloritized mafic volcanic flows. Quartz and quartz/carbonate veining is locally developed.

Stepping out 100m north of CL-21-01, this hole was drilled to 164m to test mineralization at depth beneath an exposed trench.

Hole CL-21-03 was drilled to a depth of 140m at the same location as CL-21-02, but with a steeper dip of -80 degrees. This hole was intended to test for a northwest dip of the zone at depth and appears to have undercut the zone. Chloritic shears cut the rock units, but not to the extent as in the previous holes. Chalcopyrite and pyrite occur sporadically throughout the core to varying degrees, maximum values are 0.16% Cu from 26m to 27m and 0.12% Zn from 13m to 14m.

Hole CL-21-04 was drilled to 230m into the interpreted northern margin of the Colchester main zone along an Induced Polarization (IP) anomaly trend. Rock lithologies are similar to previous holes. Chalcopyrite and pyrite commonly occur both as stringers and as massive crystal aggregates. Significant gold mineralization occurs from 104m to 120.2m. Results include 1.04 g/t Au, 0.25% Cu, and 0.17% Zn over 16.2m, including 1m samples of up to 5.94 g/t Au and 0.61% Zn.

Hole CL-21-05 tested one of several IP anomalies in the Andrew’s Pit area. It was drilled to 201.5 meters. Disseminated pyrite is common in the core, and chalcopyrite is present once again as both massive and stringer mineralization. Mineralization in CL-21-05 is more pervasive and consistent than the first four holes, with almost the entire length of core exhibiting some level of Cu enrichment.

Hole CL-21-07 was drilled to a depth of 251m. Semi-massive patches and stringers of pyrite and pyrrhotite are present, along with chalcopyrite and magnetite. Disseminated copper and zinc mineralization occur throughout the hole.

True widths are uncertain at this time as more drilling is required to ascertain proper orientation of the mineralized zones. The tables summarize composited assay intervals described for the reported holes. These intervals are length-weighted averages of core-thickness intervals. Individual sample widths do not exceed 1 meter. Only assayed intervals were included in the composites. A total of 621 samples were cut and submitted for assay. Significant assays are reported herein.

The drill program was successful in intersecting copper sulphide intervals similar to, or better than mineralization historically reported in the Colchester area. The scout nature of this program was primarily intended to calibrate an IP survey to the intensity of sulphide mineralization in the Andrew’s Pit area and to test the nature of mineralization at the McNeilly zone.

President Patrick Laracy notes, “Given the impressive drill results, the McNeilly and Andrew’s Pit areas will be the focus of more detailed exploratory drilling to delineate the identified mineralized intervals and test additional related targets from IP and geologic data. These were the first holes drilled at Andrew’s Pit and the results definitely warrant further work in this area.”

The Colchester project is part of the larger Springdale property which hosts numerous historic copper and gold deposits and showings, none of which have been adequately explored with the benefit of modern digital geophysical and geological modelling. The Springdale property is road accessible and near significant mining services.

Vulcan used Eastern Analytical Ltd. (Eastern) for all sample assaying in this drilling program. Eastern Analytical is located in Springdale, NL and is an ISO/IEC 17025 accredited laboratory. Vulcan employed Eastern’s ICP-34 multi-element analysis package grouped with their gold by fire assay package and, for base metals assaying greater than detection limits, an “ore-grade” multi-acid digestion package by atomic absorption was used to finish the analysis. Vulcan employed the use of standard reference materials for quality control at a rate of 5% of total samples. Eastern also undertakes their own internal coarse and pulp duplicate analysis to ensure proper sample preparation and equipment calibration. Preliminary inspection of these control samples shows them to be within the expected limits.

Vulcan Minerals is a precious and base metals exploration company based in St. John’s Newfoundland. The company has strategic land positions in multiple active Newfoundland gold and base metal exploration and development belts. It also holds approximately 36% of the shares in Atlas Salt Inc. (TSX-V: SALT). Atlas Salt is an industrial minerals company that is carrying out a feasibility analysis on its Great Atlantic Salt deposit.