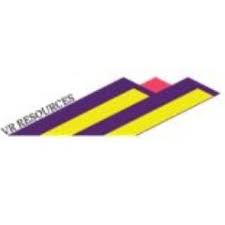 VR Resources Ltd. (TSX-V: VRR) (FSE: 5VR) (OTCQB: VRRCF), has received the assay data from the first two drill holes from the recently completed third drill program at its Hecla-Kilmer property located in northern Ontario. New critical metal intersections are highlighted below. Results for the six remaining holes are expected over the next 2 – 4 weeks.

Table 1. Summary of the broad intersections of Critical Metals made to date at Hecla-Kilmer.

Figure 1.   Drill hole locations relative to the outline of the overall multiphase intrusive complex at H-K, plotted on a contoured RTP magnetic base map with superimposed 3D isoshells from the MVI magnetic inversions.

Figure 2.   Drill hole locations and key REE intersections in the northwestern portion of the H-K complex, plotted on the 1VD magnetic map derived from the ultra- high resolution drone magnetic survey completed in 2022. Note the strong correlation between vertical derivative magnetic boundaries and phoscorite veins and the development of potassic, fenite alteration.

Figure 3. Down-hole geochemical plot showing the polymetallic nature of the 80 metre intersection of Critical Metals in Hole 10 (86-166 metres) and 88 metre intersection in Hole 11 (227-315 metres), including both the light and medium-heavy REE’s (MHREO), and niobium. The mineralization occurs within potassic alteration in both holes (shown in pink). Of note is the MHREO content, up to 30% of TREO in both holes, and nearly double the concentration of MHREO compared to previous holes drilled completed in 2021 farther to the west, into higher temperature calc-potassic alteration with stronger niobium mineralization. The MHREO content is important because it includes terbium and dysprosium oxides, which are more valuable because they are essential for the production of permanent magnets used in electric vehicles and wind energy turbines.

Figure 5. Photograph of drill core at 289 metres in drill hole HK22-011. Top row shows nearly 100% complete replacement of alkaline ijolite host rock evident in the lower row by potassic, fenite alteration consisting of massive, fine-grained, inter-crystalline magnetite, biotite, apatite and calcite. This core is within the 13 metre interval grading 0.94% TREO, with up to up to 2.3% TREO and 20% MH-TREO by ratio (middle and heavy Rare Earth Oxide), and containing up to 39.1% Fe2O3, 11.2% P2O5 over one metre intervals. The orange spots are resorbed potassium feldspar phenocrysts, the only remaining mineral of the ijolite host rock.

Drill core photos in Figure 4 and Figure 5 are from the 88 metre intersection in Hole 11. Hydrothermal veins of fluorite and apatite host REE’s at H-K, and they commonly occur within a potassic alteration mineral assemblage that is dominated by magnetite and which completely replaces the host rock.

From VR’s CEO, Dr. Michael Gunning, “These new data confirm the potential for a large volume of Critical Metals in the polymetallic breccia system discovered at Hecla-Kilmer by VR.

“Scale is important. VR has now confirmed REE’s and critical metals in 7 of 11 drill holes at Hecla-Kilmer, over intervals ranging from 50 to 299 metres, with total REE concentrations of 0.5% on average, and up to 2.3 % TREO. Mineralization spans an area of approximately 700 x 1000 metres in the northwestern part of the complex, extending from the base of till at 42 metres in Hole 4 to more than 600 metres depth in Hole 2.

“Composition is also important. The ratio of up to 20% MH-TREO (middle and heavy Rare Earth Oxide) within the 13 metre intersection of 0.94 % TREO (total Rare Earth Oxide) in Hole 11 is more than double compared to the intersections in previous drilling. The heavy REE’s Dysprosium and Terbium are more valuable, fore example, because they are essential in the production of permanent magnets used in electric vehicles and wind energy turbines.

“Hydrothermal breccia and high temperature alteration at H-K are controlled by structures. As shown on the RTP magnetic map in Figure 2, mineralization is now evident on both sides of the main north-south fault with anomalous gold values, and along a strike length of more than 500 metres. Further, the new intersection in Hole 11 shows that the opposing east-west fault is also mineralized, with data pending for Holes 13 (vertical), 14, and 17 located farther to the west. In addition, the magnetic anomalies located some 1,000 metres farther to the east along strike of this fault have yet to be drilled (see Figure 1).

“Drill core samples were submitted to the laboratories in sequence, as the holes were completed, so we now anticipate receiving the remainder of our data over the next four weeks, or so. The potassic alteration and hydrothermal veins and breccia which host the mineralization reported herein for Holes 10 and 11 are evident to the same extent in Holes 13, 14 and 17.

“The potential of this discovery lies in the polymetallic nature of the intersections made to date, and the sheer scale of the hydrothermal breccia system both laterally and vertically. The relevance of H-K to the rapidly developing critical metal strategies of governments across North America underscores its potential value to VR, and we look forward to providing further updates as new data are received.”

Hecla-Kilmer is a large and multiphase alkaline intrusive complex with carbonatite. It is 4 – 6 km in size, Proterozoic in age, and was emplaced along the western margin of the crustal-scale Kapuskasing structural zone which bisects the Archean Superior Craton in northern Ontario.

A shallow, six-hole diamond drill program was completed in 1970 as part of a regional base metal exploration program by Ashland Oil and Elgin Petroleum. One hole was abandoned, and a scant 854 metres were completed in total in the other five holes, all on magnetic highs in the outer concentric zones of the complex. There is no record of drill core sampling or geochemical data. Selco Exploration Company completed two drill holes in 1981 on peripheral magnetic highs as part of a regional diamond exploration program; they intersected altered ultra-basic rocks and black breccia in the outer, concentric zones of the multiphase complex at H-K. After this historical drilling, a regional airborne magnetic survey was completed in 1993 for ongoing diamond exploration, and it provided a high-resolution of detail for the entire H-K complex.

The opportunity for VR is to be the first company to apply modern IOCG and carbonatite mineral deposit models to explore the multiphase H-K complex and hydrothermal breccia system as a whole, and to use new exploration technologies not previously available when the historic drilling was done.

VR completed the first airborne EM survey over H-K in June, 2020, using the state-of-the-art VTEM+ system of Geotech Ltd. Flown at 100 m line spacing over a 6 x 7 km survey block for a total of 450 line-km, the data provide a high resolution of detail. The Company also completed an independent, 3-D inversion of both magnetic and EM data, for improved modeling of the complex in three dimensions. A detailed, ground-based gravity survey covering an area of 1.5 x 3.5 km was completed in the winter season of 2021, with high-resolution data generated from 597 stations on an equant grid spacing of 100 m.

VR completed four drill holes for a total of 1,971 metres in October, 2020, targeting the northern MVI (magnetic inversion) anomaly at H-K. The Company followed up that drilling in October, 2021, with the completion of five additional holes for a total of 2,604 metres, targeting the high contrast, 3.5 mGal gravity anomaly that is co-spatial with, but slightly offset from the MVI anomaly. Fluorite-carbonate hydrothermal breccia was discovered, extending from bedrock surface to 600 m depth, and hosted in a high temperature, sulfide-bearing calc-potassic alteration system and containing broad intersections up to 299 metres long with REE’s and Critical Metals, and elevated copper and gold locally.

A state-of-the-art, ultra-high resolution drone magnetic survey was completed in the fall of 2021, and expanded in March of 2022, in order to: 1. cover the entire complex at H-K, and; 2. identify vectors for how best to follow up on the hydrothermal breccia intersections with critical metals and gold in the first two drill programs. The final survey is 3.4 x 4.5 km in size, comprising 121 lines at both 25 and 50 m line-spacing for a total of 410 line-km. The survey produces a very high resolution of data because of the tight line spacing, the low “tree-top” flight altitude of just 30 metres above ground, and a computerized flight control paired with a new, very high sensitivity potassium-vapour magnetometer.

Summary technical and geological information for the Company’s various exploration properties is available at the Company’s website at www.vrr.ca.

VR submitted all drill core samples for geochemical assay to the ALS Global Ltd. laboratory facilities in Timmins, Ontario, with final geochemical analytical work done at the ALS laboratory located in North Vancouver, BC., including lithium borate fusion, ICP-MS and ICP-AES analyses for base metals, trace elements and full-suite REE analysis, and gold determination by atomic absorption on fire assay. Analytical results are subject to industry-standard and NI 43-101 compliant QAQC sample procedures externally by the Company and internally at the laboratory as described by ALS.

Technical information for this news release has been prepared in accordance with the Canadian regulatory requirements set out in National Instrument 43-101. Justin Daley, P.Geo., Exploration Manager and Chief Geologist at VR and a non-independent Qualified Person oversees and/or participates in all aspects of the Company’s mineral exploration projects, and the content of this news release has been reviewed on behalf of the Company by the CEO, Dr. Michael Gunning, P.Geo., a non-independent Qualified Person.

The Hecla-Kilmer complex is located 23 km northwest of the Ontario hydro-electric facility at Otter Rapids, the Ontario Northland Railway, and the northern terminus of Highway 634 which links the region to the towns of Cochrane and Kapuskasing to the south, located on the northern Trans-Canada Highway.

The H-K property is large. It consists of 224 mineral claims in one contiguous block approximately 6 x 7 km in size and covering 4,617 hectares. The property is owned 100% by VR. There are no underlying annual lease payments on the property, nor are there any joint venture or back-in interests. There is an industry-standard royalty attached to the property, including a buy-back provision in favour of VR.

Like the Ranoke property, H-K is located on provincial crown land, with mineral rights administered by the Ontario Ministry of Northern Development, Mines, Natural Resources and Forestry (“MNDM”). There are no annual payments, but the MNDM requires certain annual exploration expenditures and reporting. The property falls within the traditional territories of the Moose Cree and Taykwa Tagamou First Nations.

VR is an established junior exploration company focused on greenfields opportunities in copper, gold and critical metals (TSX.V: VRR; Frankfurt: 5VR; OTCQB: VRRCF). VR is the continuance of 4 years of active exploration in Nevada by a Vancouver-based private company. The diverse experience and proven track record of its Board in early-stage exploration, discovery and M&A is the foundation of VR. The Company focuses on underexplored, large-footprint mineral systems in the western United States and Canada, and is well-financed for its exploration strategies and corporate obligations. VR owns its properties outright and evaluates new opportunities on an ongoing basis, whether by staking or acquisition.

The Company continues its normal course of business in 2022 within the framework of modified exploration programs in response to the COVID-19 pandemic, with the goal of ensuring the health and safety of staff and project personnel.