Vizsla Silver Corp. (TSX-V: VZLA) (NYSE: VZLA) (Frankfurt: 0G3) is pleased to report results from 13 new drill holes targeting the Cruz Negra Vein located in the western portion of the district and announces the acquisition of two new claims within the Napoleon area at its 100%-owned, flagship Panuco silver-gold project located in Mexico. The results are exclusively from the Cruz Negra Vein located 250 metres west of the Napoleon resource area. The newly acquired claims connect the northwest and southeast extents of Cruz Negra which are situated on pre-existing Vizsla claims and represent approximately 400 metres of new potentially mineralized vein strike to explore.

“Our ongoing mapping and sampling efforts in the western area of the district have highlighted several new drill ready targets including Cruz Negra,” commented Michael Konnert, President and CEO. “Initial drill results demonstrate mineralized continuity over approximately 400 metres long with large step outs to the northwest, suggesting the vein continues for at least another 500 metres. Our exploration team has done a phenomenal job this year identifying and expanding new mineralized structures directly outboard of the March 2022 resource areas. As of early September, we have achieved data cut-off for inclusion in the updated resource, slated for mid-December, and anticipate a material increase to contained precious metals.”

The Cruz Negra Vein, located 250 metres west of the Napoleon resource area, is a northwest striking vein-breccia dipping steeply to the northeast. The vein breccia consists of quartz veining and quartz cement bearing disseminated sphalerite and galena. Drilling to date has tested Cruz Negra along ~400 metres of strike and 300 metres to depth in proximity to the Josephine Vein. Additionally, hole NP-22-293 tested the potential northwest extension, returning 535 g/t AgEq over 0.76 mTW, indicating the mineralization extends for another 500 metres largely across the newly acquired claims. The drilling also shows potential for vein splays or cymoid loops carry significant silver and gold grades.

Mineralized intercepts at Cruz Negra, highlight a range of estimated true widths from 0.65-3.10 metres with grades ranging from 265 to 3,499 g/t AgEq, at the mineralized elevation. Mineralization is observed to be open at depth and to the northwest where Vizsla plans to complete detailed mapping and reinitiate drilling on the vein in the short term to explore the 500 metre gap between the open-ended intercepts

In line with Vizsla’s organic-growth strategy, the company successfully negotiated the acquisition of two claims, submitted and pending record in the mining office, with total surface of 14.75 Ha which cover most of the 500 m gap between the open-ended intercepts.

Vizsla Silver will be hosting a live webcast to discuss exploration drilling in the western portion of the district at 11:00am PT on Tuesday, September 27th.  To register, please click here.

The newly consolidated Panuco silver-gold project is an emerging high-grade discovery located in southern Sinaloa, Mexico, near the city of Mazatlán. The 6,761-hectare, past producing district benefits from over 86 kilometres of total vein extent, 35 kilometres of underground mines, roads, power, and permits.

Vizsla Silver is a Canadian mineral exploration and development company headquartered in Vancouver, BC, focused on advancing its flagship, 100%-owned Panuco silver-gold project located in Sinaloa, Mexico. To date, Vizsla has completed over 210,000 metres of drilling at Panuco leading to the discovery of several new high-grade veins. For 2022, Vizsla has budgeted +120,000 metres of resource/discovery-based drilling designed to upgrade and expand the maiden resource, as well as test other high priority targets across the district.

In accordance with NI 43-101, Martin Dupuis, P.Geo., COO, is the Qualified Person for the Company and has reviewed and approved the technical and scientific content of this news release. 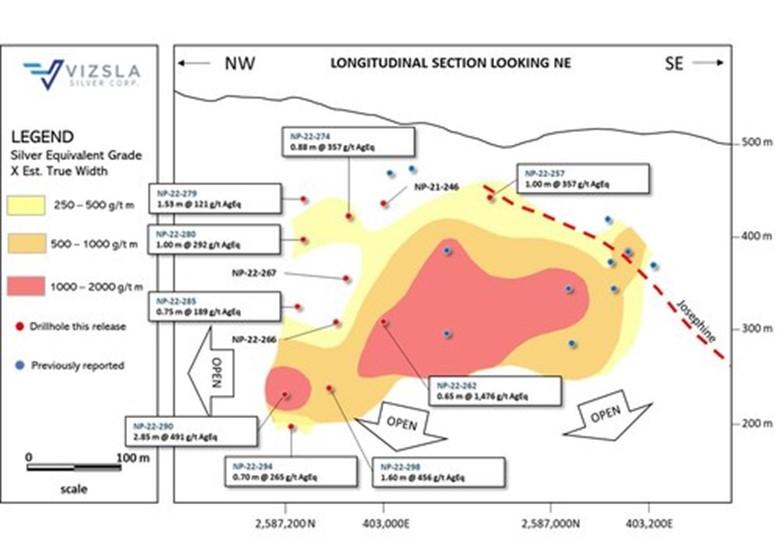 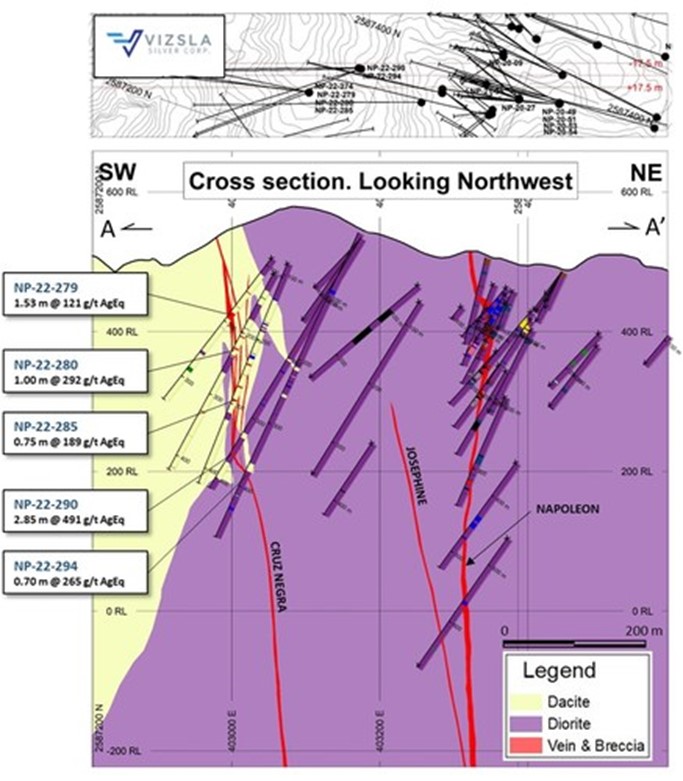