WCC is engaged in copper, gold and molybdenum exploration and development on the Woodjam project in central British Columbia. The Woodjam Project is located near the community of Horsefly, approximately 55 kilometers east of the regional center of Williams Lake, British Columbia.

“This transaction immediately positions the Company as a potential developer in the battery metals space, given the presence of several porphyry copper and porphyry copper-gold deposits on the Woodjam Project,” stated Craig Parry, Executive Chairman of the Company. “We expect to see continued strength in the copper markets in the long term, with electrification demand and jurisdictional supply disruptions being key drivers.”

“The Woodjam exploration team discovered the Southeast deposit on the Woodjam property in 2007 and since then, they’ve delineated historical resource estimates of approximately 1.7 billion pounds of copper and almost 1 million ounces of gold within three deposits,” commented Steve Blower, Vice President, Exploration of the Company.  “With an area of over 64,000 hectares in the heart of the prolific Quesnel Terrane, the potential for further exploration success on the Woodjam Project is excellent.”

The Woodjam Project is located 55 kilometers east of the community of Williams Lake in an area characterized by a low elevation, flat to gently undulating landscape that is well accessed by logging roads (Figure 1).  Geologically, the Project is located within the prolific Quesnel Terrane – a large regional depositional belt commonly dominated by alkalic volcanic units and related volcaniclastic lithologies. The Quesnel terrane hosts both alkaline and calc-alkaline porphyry copper+/-gold+/-molybdenum deposits, including the Copper Mountain, New Afton, Highland Valley, Mount Polley, Mount Milligan and Kemess mines.

To date, six zones of porphyry mineralization (Megabuck, Deerhorn, Takom, Three Firs, Southeast, Megaton) have been identified at the Woodjam Project by drilling (95,092 meters in 281 holes since 2009 and a further 114 holes, 30,092 meters predominantly from 1998) (Figure 2). These six mineralized zones form a cluster approximately 5 kilometers in diameter. The Megabuck and Takom Zones were occurrences documented before 1998 but largely untested until after 2003 while the larger Southeast Zone and Deerhorn Zone were discovered in 2007 and 2008 respectively. In 2012, the Three Firs Zone was discovered and in 2012 the Megaton Zone was discovered.

A historical mineral resource estimate was completed on each of the Southeast, Deerhorn and the Takom deposits  for Gold Fields Horsefly Exploration Corp. and WCC in 2013 1, 2, 3, 4.  The Historical Estimates are summarized in Table 1.

The Arrangement will be effected by way of a plan of arrangement under the Business Corporations Act (British Columbia), requiring the approval of: (i) at least 66 2/3% of the votes cast by the shareholders of WCC; and (ii) a simple majority of the votes cast by holders of WC shares, excluding votes attached to WCC Shares held by any person as required under Multilateral Instrument 61-101 – Protection of Minority Security Holders in Special Transactions, at a special meeting of WCC’s shareholders called to consider, among other matters, the Arrangement. In addition to shareholder and court approvals, the Arrangement, including the Exchange Ratio, are subject to approval of the TSX Venture Exchange and the satisfaction of certain other closing conditions customary in transactions of this nature.

The disclosure of technical or scientific information in this press release has been reviewed and approved by Ian Borg, P.Geo., Senior Geologist for Vizsla Copper. Mr. Borg is a Qualified Person as defined under the terms of National Instrument 43-101.

Vizsla Copper is a mineral exploration and development company focused on its interests in three British Columbia copper projects; the Blueberry project, the Carruthers Pass project, and, following closing of the Arrangement, the Woodjam Project. 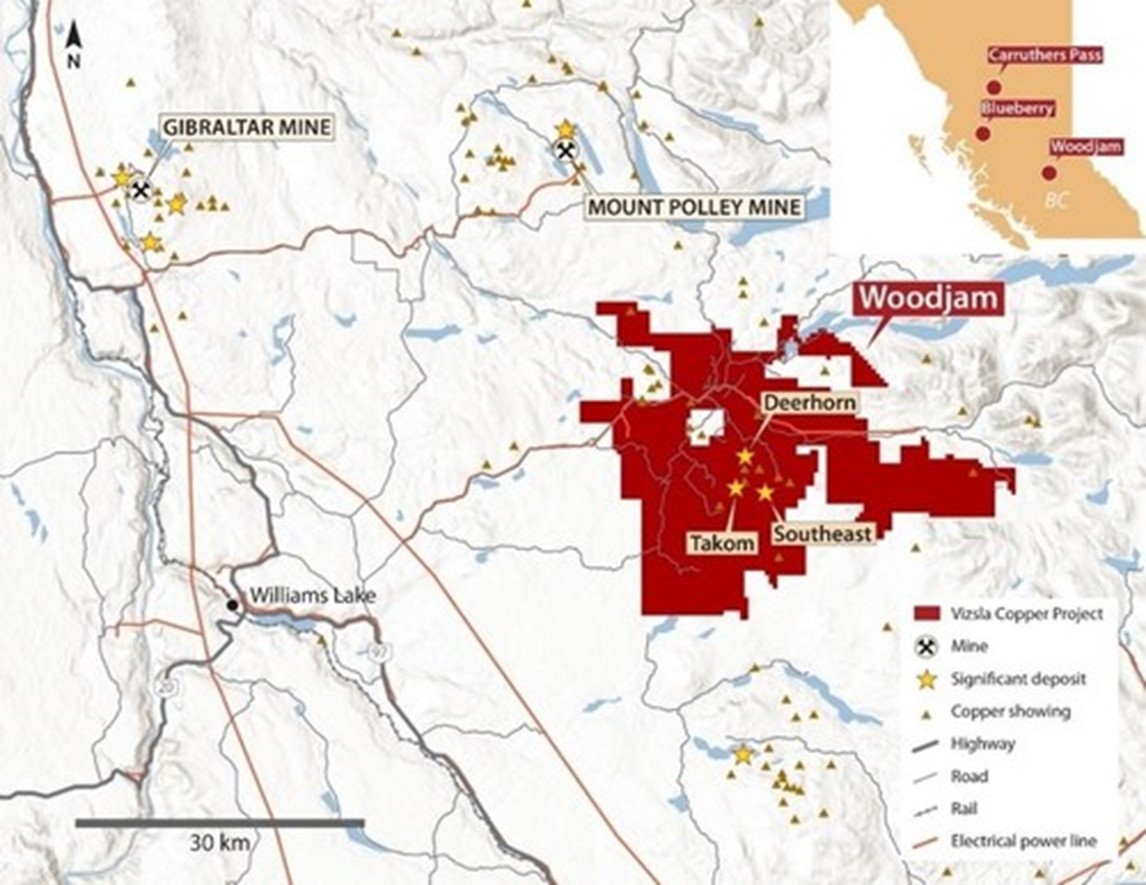 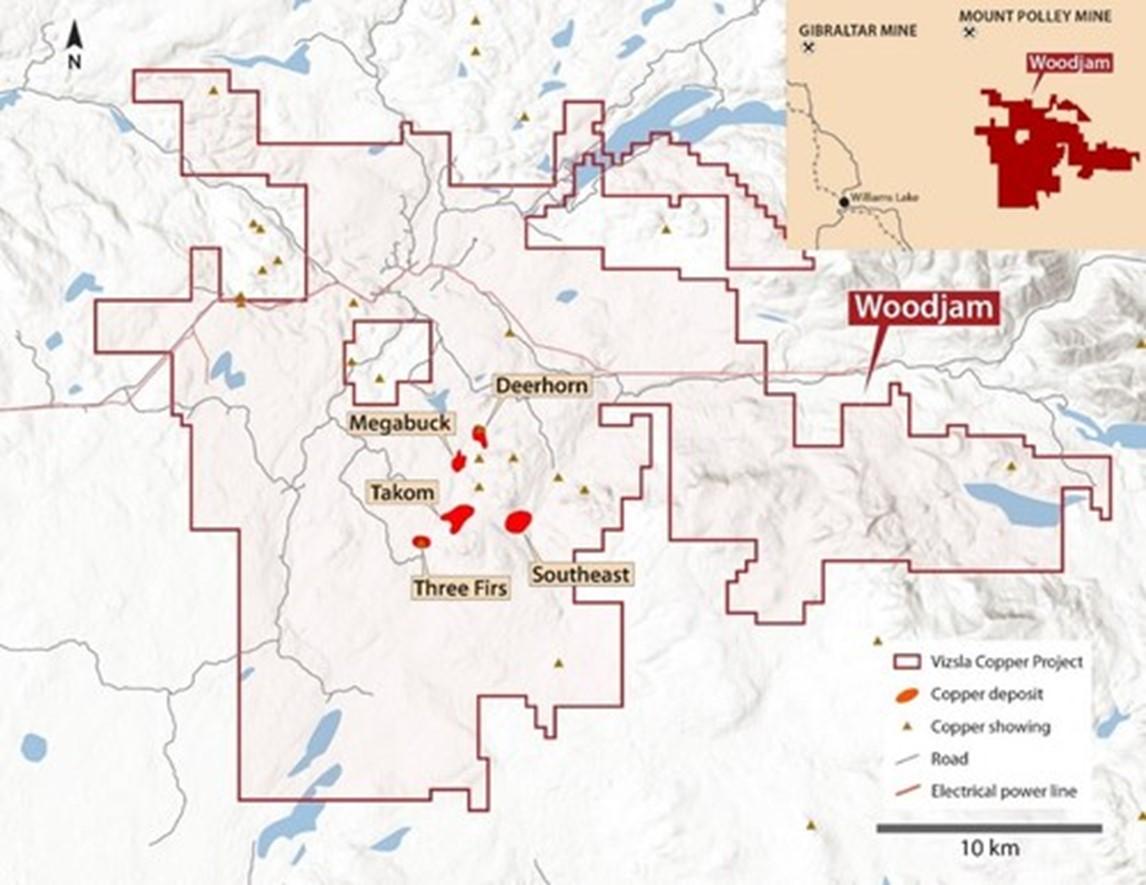