Uranium Energy Corp Completes Financing and Reports Over $110 Million in Cash, Equity and Inventory Holdings as of April 9, 2021 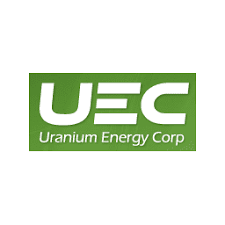 Uranium Energy Corp (NYSE: UEC) is pleased to announce the closing of its previously announced offering of an aggregate of 3,636,364 shares of common stock of the Company at a purchase price of $3.30 per Share and for gross proceeds of $12,000,000 in a registered direct offering.

The Company offered and sold the Shares pursuant to a Securities Purchase Agreement, dated April 5, 2021, with certain institutional investors.

UEC anticipates that the net proceeds of the Offering will be used for additional uranium purchases and for general corporate and working capital purposes.

Following the closing of this offering, the Company has over $110 million in cash, equity and inventory holdings.

UEC’s physical uranium initiative is fully funded with cash on hand and now includes 2.105 million pounds of U.S. warehoused uranium at a volume weighted average price of ~$30 per pound with deliveries between March 2021 to December 2022.

H.C. Wainwright & Co. acted as the exclusive placement agent for the Offering.

This press release shall not constitute an offer to sell or the solicitation of an offer to buy any of the securities, nor shall there be any sale of the securities in any state or jurisdiction in which such offer, solicitation or sale would be unlawful prior to registration or qualification under the securities laws of any state or jurisdiction. The securities being offered have not been approved or disapproved by any regulatory authority, nor has any such authority passed upon the accuracy or adequacy of the prospectus supplement, the prospectus or the Company’s shelf registration statement.

Uranium Energy Corp is a U.S.-based uranium mining and exploration company. As a leading pure-play American uranium company, UEC is advancing the next generation of low-cost and environmentally friendly In-Situ Recovery (ISR) mining uranium projects. In South Texas, the Company’s hub-and-spoke operations are anchored by our fully-licensed Hobson Processing Facility which is central to our Palangana, Burke Hollow, Goliad and other ISR pipeline projects. In Wyoming, UEC controls the Reno Creek project, which is the largest permitted, pre-construction ISR uranium project in the U.S. Additionally, the Company’s diversified holdings provide exposure to a unique portfolio of uranium related assets, including: 1) major equity stake in the only royalty company in the sector, Uranium Royalty Corp; 2) physical uranium warehoused in the U.S.; and 3) a pipeline of resource-stage uranium projects in Arizona, Colorado, New Mexico and Paraguay. In Paraguay, the Company owns one of the largest and highest-grade ferro-titanium deposits in the world. The Company’s operations are managed by professionals with a recognized profile for excellence in their industry, a profile based on many decades of hands-on experience in the key facets of uranium exploration, development and mining.