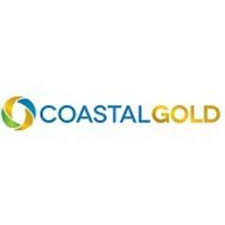 COASTAL GOLD CORP. (TSX-V:COD) (FRANKFURT:CY41) announces that it has received an unsolicited offer from First Mining Finance Corp. (TSX-V:FF) to acquire all of the outstanding common shares of Coastal Gold for 0.122 common shares in the capital of FMF for each Coastal Gold Common Share by way of a plan of arrangement under the Business Corporations Act (Ontario).

The board of directors of Coastal Gold is, together with its financial advisors and legal counsel, reviewing the FMF Offer in order to determine whether the FMF Offer constitutes a “Superior Proposal” as defined in the arrangement agreement dated March 1, 2015 which was entered into between the Corporation and Sulliden Mining Capital Inc. and has provided notice of such review to Sulliden.

The Board cautions that there can be no assurance that the FMF Offer will lead to the termination of the Arrangement Agreement and the execution of an arrangement agreement with FMF, or that the Proposed Transaction contemplated by the FMF Offer will be approved by shareholders of Coastal Gold or consummated.