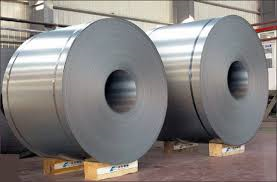 The petitions were filed concurrently with the United States Department of Commerce and the United States International Trade Commission. The filing is in response to large and increasing volumes of low-priced imports of hot-rolled steel from the subject countries since 2012 that have injured U.S. producers. Imports of hot-rolled steel from the seven countries targeted by this case increased by approximately 73 percent from 2012 to 2014, rising from 1.9 million tons to 3.3 million tons. Subject imports have continued to surge during 2015, increasing by a further 54 percent in January-May 2015 compared to January-May 2014. Since 2012, subject imports have substantially increased their share of the U.S. market, while the domestic industry’s share of the U.S. market has declined.

The petitions allege that subject imports were able to penetrate the U.S. market and capture an increasing share of the U.S. market by significantly undercutting U.S. producers’ prices. As a result of the increasing volumes of low-priced imports, U.S. producers have suffered significant declines in production, shipments, prices, and profits. The foreign producers in the countries covered by the petitions have massive capacity to produce hot-rolled steel and have been exporting large and increasing volumes of unfairly low-priced and subsidized hot-rolled steel to the United States. The price declines and market share reductions that U.S. producers have suffered are likely to continue if duties are not imposed to level the playing field.

“A surge of dumped and subsidized imports of hot-rolled steel has caused severe injury to the U.S. industry with no end in sight,” according to counsel for the domestic petitioners. “In the absence of trade relief, subject imports will continue pouring into this market, causing substantial harm to U.S. mills and their workers.”

Antidumping and Countervailing Duties: Antidumping duties are intended to offset the amount by which a product is sold at less than fair value, or “dumped,” in the United States. The margin of dumping is calculated by the Commerce Department. Estimated duties in the amount of the dumping are collected from importers at the time of importation. Countervailing duties are intended to offset unfair subsidies that are provided by foreign governments and benefit the production of a particular good. The USITC, an independent agency, will determine whether the domestic industry is materially injured or threatened with material injury by reason of the unfairly traded imports.

Next Steps: The Commerce Department will determine whether to initiate the antidumping and countervailing duty investigations within 20 days of today’s filing of the petitions, and the USITC will reach a preliminary determination of material injury or threat of material injury within 45 days of today’s filing. The entire investigative process will take approximately one year, with final determinations of dumping, subsidization, and injury likely occurring in the summer of 2016.

Product Description: The products covered by these petitions are certain hot-rolled, steel flat products, with or without patterns in relief, and that are neither clad, plated, nor coated with metal but whether or not annealed, painted, varnished, or coated with plastics or other nonmetallic substances. Hot-rolled steel is used in general structural functional areas where surface finish and weight are not critical. Hot-rolled steel is well-suited for and extensively used in automotive applications such as body frames and wheels, tubing, and floor decks in steel construction. Hot-rolled steel also is used in the manufacture of transportation equipment (such as rail cars, ships, and barges), nonresidential construction, appliances, heavy machinery, and machine parts. A substantial portion of hot-rolled steel production is consumed internally or transferred to affiliates for downstream processing into cold-rolled and/or galvanized or plated steel products, cut-to-length plate, or welded pipe.