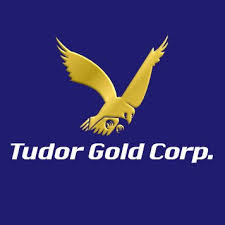 Walter Storm, President and CEO, stated: “With Tudor Gold`s exploration success and the continuing expansion of the Goldstorm Deposit, the termination of the NSR is an important step to minimizing the potential royalties payable on the project.”

TUDOR GOLD Corp. is a precious and base metals exploration and development company with properties in British Columbia’s Golden Triangle (Canada), an area that hosts producing and past-producing mines and several large deposits that are approaching potential development. The 17,913 hectare Treaty Creek project (in which TUDOR GOLD has a 60% interest) borders Seabridge Gold Inc.’s KSM property to the southwest and borders Pretium Resources Inc.’s Brucejack property to the southeast. In April 2021, Tudor published their 43-101 technical report, “Technical Report and Initial Mineral Resource Estimate of the Treaty Creek Gold Property, Skeena Mining Division, British Columbia Canada,” dated March 1, 2021 on the Company’s Sedar profile. The Company also has a 100% interest in the Crown project and a 100% interest in the Eskay North project, all located in the Golden Triangle area.