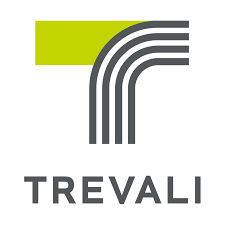 Trevali Mining Corporation (TSX: TV) (BVL: TV) (OTCQX: TREVF) (Frankfurt: 4TI) is pleased to announce that it has received credit approval from Standard Bank of Namibia Limited and The Standard Bank of South Africa Limited for a Senior Secured Financing Facility of $110 million to fund the expansion of the Company’s Rosh Pinah Mine (“Rosh Pinah” or the “Mine”) in Namibia. All amounts in this release are in U.S. dollars unless otherwise indicated.

“Project financing for the Rosh Pinah expansion (“RP2.0″) has been steadily progressing for the past several months, and we are pleased to report the confidence in the Rosh Pinah operation and expansion that is reflected by Standard Bank’s credit approval and strong endorsement of the RP2.0 project,” said Ricus Grimbeek, President and CEO of Trevali.

“The expansion at Rosh Pinah is the primary focus for Trevali in the coming years and we look forward to working with Standard Bank as a supportive lender that has intimate knowledge about the Rosh Pinah Mine, the expansion plan, and long-term operating success that has been achieved since mining began in 1969.”

Credit approval follows the execution of a mandate agreement with Standard Bank in March of this year and completion of legal and technical due diligence of the Rosh Pinah Mine and the RP2.0 project, including a site visit to the operation.

Closing of the Senior Secured Financing Facility is subject to a number of conditions, including the negotiation and settlement of definitive loan facility and security documentation, the execution and delivery of definitive documentation in respect of the other elements of the comprehensive financing package, including an intercreditor agreement between Standard Bank and the various subordinated secured lenders, and the consent of and release of existing security by Trevali’s existing senior secured lenders. While the Company is progressing these various workstreams, there is no certainty that the conditions set out in the Standard Bank credit approval will be satisfied in a timely manner or at all.

The Company is continuing to pursue the arrangement of an Export Credit Agency backed equipment finance facility, which may increase the amount available under the Senior Secured Financing Facility by up to $20 million.

As previously announced, negotiations for other components of the comprehensive funding package for RP2.0 and the refinancing of both the existing corporate revolving credit facility and Glencore loan facility, which mature in September 2022, are ongoing, and the Company expects to provide a further update on these initiatives in due course.

Endeavour Financial, with offices in London, UK, George Town, Cayman Islands and Vancouver, British Columbia, is one of the top mining financial advisory firms, with a record of success in the mining industry, specializing in arranging multi-sourced funding solutions for development-stage companies. Founded in 1988, Endeavour Financial has a well-established reputation of achieving success with over US$500 million in royalty and stream finance, US$5.4 billion in debt finance and US$28 billion in mergers and acquisitions. The Endeavour Financial team has diverse experience in both natural resources and finance, including investment bankers, geologists, mining engineers, cash flow modelers and financiers.

Trevali is a global base-metals mining Company headquartered in Vancouver, Canada. The bulk of Trevali’s revenue is generated from zinc and lead concentrate production at its three operational assets: the 90%-owned Perkoa Mine in Burkina Faso, the 90%-owned Rosh Pinah Mine in Namibia, and the wholly owned Caribou Mine in northern New Brunswick, Canada. In addition, Trevali owns the Halfmile and Stratmat Properties and the Restigouche Deposit in New Brunswick, Canada. Trevali also owns an effective 44% interest in the Gergarub Project in Namibia. The Company’s growth strategy is focused on the exploration, development, operation, and optimization of properties within its portfolio, as well as other mineral assets it may acquire that fit its strategic criteria. Trevali’s vision is to be a responsible, top-tier operator of long-life, low-cost mines in stable pro-mining jurisdictions. Trevali is committed to socially responsible mining, working safely, ethically, and with integrity. Integrating responsible practices into its management systems, standards, and decision-making processes is essential to ensuring everyone and every community’s long-term sustainability.