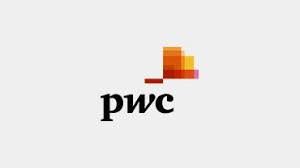 The top 25 mining companies on the TSX showed a greater focus on debt reduction and judiciously invested in capital projects in 2017. This is according to PwC Canada’s Preparing for growth report, which provides a summary of financial analysis of the top 25 listings by market capitalization on the TSX.

“2017 was a stable year for mining companies and one where they were positioning themselves for growth,” says Liam Fitzgerald, National Mining Leader, PwC Canada. “As prices for commodities stabilized over the past year, the industry focused on getting its financial house in order – focusing on their balance sheets and debt reduction, poised for future growth.”

As a whole, the aggregate value of mining companies listed on the TSX slipped 4% during the 12-month period ended September 30, 2017, compared with a 10% gain for the overall market. The mining sector’s share of the value of the entire TSX market declined to 9%, down from 11% a year earlier. Gold prices dipped 3% during the period and remained the most important commodity among the top 25 mining companies, with 19 companies having exposure to the precious metal. Ten have exposure to copper, seven to zinc, six to silver and four to nickel.

According to the report, deal making slowed down in 2017 as mining companies opted for smaller and strategic transactions that would allow them to access a portfolio of assets in different regions of the world. In terms of financing deals, mining companies on the TSX raised only half the equity capital in 2017 that they did the previous year. For the second consecutive year, there were no initial public offerings for the sector on the TSX.

In 2017, the total number of mining companies listed on the TSX declined by 5 to 225, from 230 in 2016.Despite the net decrease, 10 new listings from the sector made it onto the exchange in the first nine months of the year, three more than a year earlier. Seven of the companies graduated from the TSX-V to the main board.

At PwC, our purpose is to build trust in society and solve important problems. More than 6,500 partners and staff in offices across the country are committed to delivering quality in assurance, tax, consulting and deals services. PwC Canada is a member of the PwC network of firms with more than 230,000 people in 157 countries.