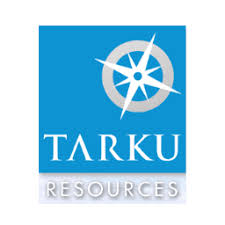 Tarku Resources Ltd (TSX-V: TKU) is pleased to announce that it has closed its previously announced non-brokered private placement of gross proceeds of $2,500,000.

The Company issued 25,000,000 units at $0.10 per Unit for total gross proceeds of $2,500,000. Each Unit consists of one common share in the capital of the Company and one-half of one common share purchase warrant of the Company. Each whole Warrant is exercisable to acquire one Common Share at an exercise price of $0.15 until October 30, 2022. The net proceeds raised through the issue of Units will be to advance the Company’s exploration properties and for general working capital purposes.

All securities issued pursuant to the Private Placement with be legended with a hold period of four months and one day from the date of issuance. The securities offered have not been registered under the U.S. Securities Act of 1933, as amended, and may not be offered or sold in the United States absent registration or an applicable exemption from the registration requirements. This press release shall not constitute an offer to sell or the solicitation of an offer to buy nor shall there be any sale of the securities in any State in which such offer, solicitation or sale would be unlawful.

The Company paid finder’s fees in a cash commission equal to 7% of aggregate proceeds from the sale of Units sourced by the finder totaling $150,904.69, as well as finder’s warrants  in an amount of 1,312,500 which is equal to 7% of the aggregate number of Units sourced by the finder pursuant to the Private Placement.  Each Finder’s Warrant is exercisable to purchase one Common Share at an exercise price of $0.15 until October 30, 2022.

Mr. Sprott has undertaken that the Warrants acquired by 2176423 will only be exercised to the extent that the Warrant Shares issued upon such exercise would not result in him becoming a “Control Person” (as such term is defined in the policies of the TSX Venture Exchange (“TSXV”) of the Company, unless prior approval of the TSXV and disinterested shareholders (excluding the votes of 2176423 Ontario Ltd. and its “Associates” and “Affiliates”, as those terms are defined by the TSXV) has been received. The Company has undertaken to bring and support the matter before the next Special Meeting of shareholders which is anticipated to be convened in January 2021.

Tarku is an exploration company focused on making new discoveries in favourable mining jurisdictions. In Quebec, Tarku owns 100% on the “Three A‘s” exploration projects, (Apollo, Admiral and Atlas Projects), in the Matagami greenstone belt, which has been interpreted by management as the eastern extension of the Detour Belt, and which has seen recent exploration successes by Midland Exploration Inc., Wallbridge Mining Company Ltd., Probe Metals Inc. In Arizona, Tarku owns the option to acquire 75% on 20km2 in the Silver Mining District of Tombstone.