Support for Solar Energy Has Climbed to Nearly 80 Percent of Americans, According to Navigant Research Consumer Survey

Support for Solar Energy Has Climbed to Nearly 80 Percent of Americans, According to Navigant Research Consumer Survey 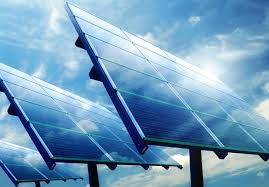 Since 2009, Navigant Research has conducted an annual national consumer survey to gauge public perceptions of energy and environmental concepts.  Between 2009 and 2012, there were steady declines in favorability for some concepts, particularly the ones with most favorable rankings in the past, such as solar energy, wind energy, hybrid vehicles, and electric cars.  According to the most recent consumer survey from Navigant Research, however, consumer favorability for a number of these concepts has rebounded.  In particular, positive overall impressions of solar energy have now reached 79 percent of Americans – a level close to the results of 2009, when 81 percent of the respondents had a favorable view of solar energy.

The average favorability rating for the 10 concepts, which fall under the categories of clean energy, clean transportation, smart grid, and building efficiency, also rose, to 51 percent, the highest level seen in Navigant Research’s survey since 2010.

The survey results are summarized in a free white paper, which is available for download on the Navigant Research website.

“Solar energy is one of the most popular and least controversial green technologies in the eyes of consumers,” says Clint Wheelock, managing director with Navigant Research.  “But it is followed closely by wind energy, which gained a favorable response from 72 percent of Americans.”

The survey of more than 1,000 U.S. adults was conducted in the fall of 2013, asking respondents to provide their level of favorability for key concepts: