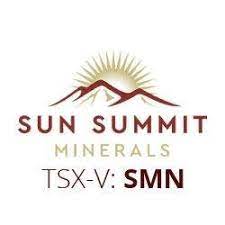 Sun Summit Minerals Corp. (TSX-V: SMN) (OTCQB: SMREF) is pleased to announce that it has closed its previously announced brokered private placement for gross proceeds of C$ 4,000,000. Due to strong demand, the co-lead agents and joint bookrunners, Red Cloud Securities Inc. and Eventus Capital Corp. fully exercised their option to increase the total gross proceeds of the Offering to C$5,000,000.

The Company intends to use the proceeds raised from the Offering for the exploration of the Company’s Buck Property and other Canadian properties it may acquire. The gross proceeds from the issuance of the FT Shares will be used for “Canadian Exploration Expenses” under the Income Tax Act (Canada) which will be renounced with an effective date no later than December 31, 2021 to the purchasers of the FT Units and Charity FT Units in an aggregate amount not less than the gross proceeds raised from the issue of the FT Shares. If the Qualifying Expenditures are reduced by the Canada Revenue Agency, the Company will indemnify each purchaser of FT Units and Charity FT Units for any additional taxes payable by such purchaser as a result of the Company’s failure to renounce the Qualifying Expenditures.

The Company is exploring multiple high priority gold and silver targets through methodical, well-funded exploration campaigns with year round drilling access. The Project has high-grade and bulk-tonnage gold and silver potential and is located in a mining-established region that includes many former operating mines and current exploration projects.

Sun Summit is committed to environmental and social responsibility with a focus on responsible development to generate positive outcomes for all stakeholders.