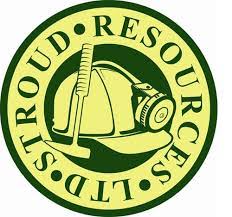 Stroud Resources Ltd. (TSX-V:SDR) is pleased to announce that it has closed the final tranche of its non-brokered private placement for gross proceeds of $2,000,000.

Pursuant to Section 1.12 of the TSX Venture Exchange Policy 4.1, the Company held an annual and special meeting of shareholders on October 23, 2019 to seek disinterested shareholder approval of the creation of a new control person. At the Meeting, the creation of a new control person was approved by 99.597% of the votes cast by the disinterested shareholders. Pursuant to the Final Tranche, the Company issued an additional 9,423,394 Units for a total issuance of 13,333,333 Units.

The Private Placement has received conditional acceptance of the TSX Venture Exchange.

All securities issued pursuant to the Private Placement with be legended with a hold period of four months and one day from the date of issuance.

The net proceeds raised through the issue of Units will be to advance the Company’s exploration properties located in Mexico and for general working capital purposes.

The Company paid finder’s fees in a cash commission equal to 7% of aggregate proceeds from the sale of Units sourced by the finder as well as finder’s warrants in an amount which is equal to 7% of the aggregate number of Units sourced by the finder pursuant to the Private Placement. Each Finder’s Warrant is exercisable to purchase one Common Share at an exercise price of $0.20 until August 30, 2021.

At the Meeting, Howard Atkinson, Grant Walsh, Scott Jobin-Bevans and Mirsad Jakubovic were all re-elected to the Board of Directors.

Further to its news release dated August 30, 2019, the Company would also like to announce that as of today’s date, it will issue 3,857,605 Common Shares valued at $0.15 per Common Share to creditors of the Company as payment of director fees, management fees, advances and accounts payable. The Common Shares issued pursuant to the Shares for Debt Transaction will be legended with a hold period of four months and one day from the date of issuance. Of which, 2,911,664 of the Shares for Debt Transaction are being issued to settled debts of officers or directors of the Company.

Pursuant to the requirements of the TSX Venture Exchange, the Company received disinterested shareholder approval of the Insider Debt Settlement at the Meeting. Messrs. Jakubovic and Atkinson were precluded from voting any shares owned by them directly or indirectly. At the meeting, the Insider Debt Settlement was approved by 99.348% of the votes cast by the disinterested shareholders.

Stroud Resources is a TSXV listed company focused on the exploration and development of its Santo Domingo epithermal silver-gold project in central Mexico.