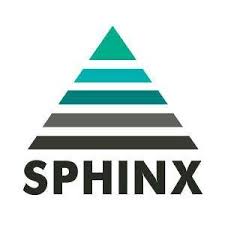 Sphinx Resources Ltd. (TSX-V: SFX) and its partner SOQUEM are pleased to report that the recent field work and data compilation delineated a large and near surface zinc prospective area of 1,700  m by 600 metres. Located in the Pontiac regional municipal county of Quebec, the Calumet-Sud project is adjacent to the former New Calumet Mines property that produced 3.8 million tonnes of ore at a grade of 5.8% Zn, 1.6% Pb, 65 g/t Ag et 0.4 g/t Au from 1944 to 1968 (reference: Annual report New Calumet Mine 1968, see Figure 1 attached). 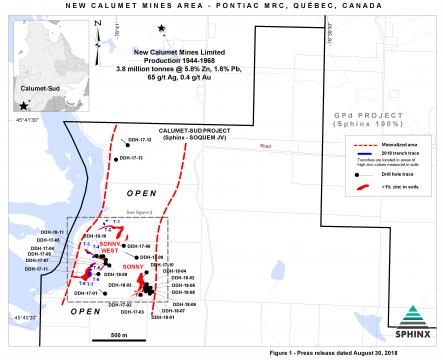 Since the discovery of zinc mineralization at surface in 2014, the surface exploration work and diamond drilling programs (24 holes totalling 1,525 m) revealed the presence of two zinc-bearing horizons open in both directions and of the SEDEX-type (SEDimentary EXhalative, more than half of the world’s zinc and lead production is from mines producing from of this type of deposit). The prospective area for zinc is 1,700 m long by 600 m and is defined by the presence of massive sphalerite bands ranging from one centimetre to several centimetres in thickness, as well as disseminated sphalerite, pyrite and pyrrhotite, all hosted in dolomitic marble.

Eight trenches totalling 120 m were carried out during the summer of 2018 in areas where elevated zinc values were obtained during previous soil geochemical surveys. Preliminary results suggest an extension of the zinc mineralization on surface to the north and south of the previously stripped and drilled Sonny and Sonny West zones (see Figures 2 and 3 attached). Beyond the drilled zones, the zinc mineralization can be traced on the basis of strongly anomalous zinc values in soils and limited drilling conducted by Sphinx and SOQUEM in 2017 (see press releases dated July 13, 2017, February 22, 2017 and December 20, 2016). 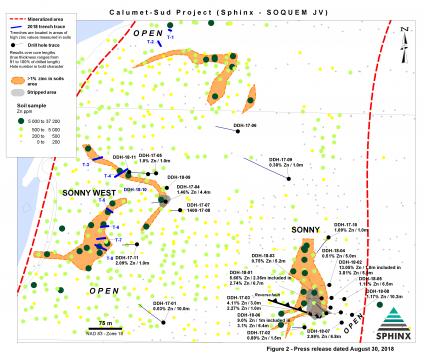 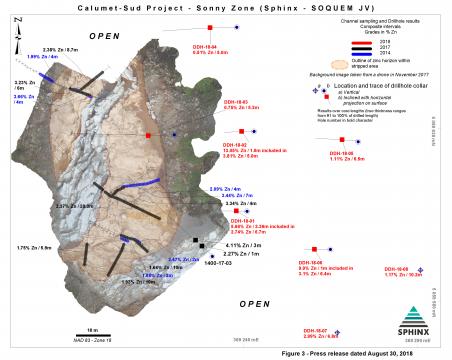 A new work program is being finalized and will include detailed geological mapping, trenching and diamond drilling to identify a potential mineral resource.

Samples for the drilling program in 2018 were analyzed by ALS in Val-d’Or, Quebec. The analytical process consisted of crushing, splitting and assaying using sodium peroxide digest finish with ICP AES finish. Sphinx applies industry-standard QA/QC procedures to the program.

SOQUEM, a subsidiary of Ressources Québec, is a leading player in mineral exploration in Québec. Its mission is to explore, discover and develop mining properties in Québec. SOQUEM has participated in more than 350 exploration projects and contributed to major discoveries of gold, diamonds, lithium and other minerals.

About Québec and Sphinx

Quebec has established itself as one of the world’s most attractive mining jurisdictions, ranking 6th globally (Fraser Institute press release, February 22 2018). The Quebec government has created market confidence by following a proactive approach to mining policy. Quebec’s mining sector has also been encouraged by the clarity and certainty of the legal and regulatory framework adopted by its government. Sphinx is engaged in the generation and acquisition of exploration projects in Québec with a focus on zinc.