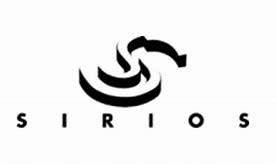 SIRIOS RESOURCES INC. (TSX-V: SOI) announces that it has closed a non-brokered private placement for aggregate gross proceeds of $1,175,325. The Offering consisted of the issuance of 19 588 749 units of the Corporation at a price of $0.06 per Unit. Each Unit consists of one common share of the Corporation and one Common Share purchase warrant. Each Warrant entitles the holder thereof to purchase one Common Share at an exercise price of $0.10 per Common Share for a period of 24 months from the date of issuance thereof. The net proceeds from the sale of the Units will be mainly used by the Corporation to advance its Cheechoo gold project, as well as for general and corporate working capital purposes.

No finder’s fees were paid in connection with this Offering. The Common Shares and the Warrants issued pursuant to this Offering are subject to a restricted hold period of four months and one day, ending on November 29th, 2022, under applicable Canadian securities laws. The Offering remains subject to the final approval of the TSX Venture Exchange.

The President and Chief Executive Officer has subscribed in the Offering for a total of $12,000, which constitutes a “related party transaction” within the meaning of Regulation 61-101 respecting Protection of Minority Security Holders in Special Transactions and TSX Venture Exchange Policy 5.9 – Protection of Minority Security Holders in Special Transactions. However, the directors of the Corporation who voted in favour of the Offering have determined that the exemptions from formal valuation and minority approval requirements provided for respectively under subsections 5.5(a) and 5.7(1)(a) of Regulation 61-101 can be relied on as neither the fair market value of the Units issued to insiders nor the fair market value of the consideration paid exceeded 25% of the Corporation’s market capitalization. None of the Corporation’s directors have expressed any contrary views or disagreements with respect to the foregoing. A material change report in respect of this related party transaction will be filed by the Corporation but could not be filed earlier than 21 days prior to the closing of the Offering due to the fact that the terms of the participation of each of the non-related parties and the related parties in the Offering were not confirmed.

Pioneer in the discovery of significant gold deposits in the Eeyou Istchee James Bay region of Québec, Canada. Sirios Resources Inc. focuses its work mainly on its Cheechoo gold discovery, while actively exploring the high auriferous potential of its other properties.