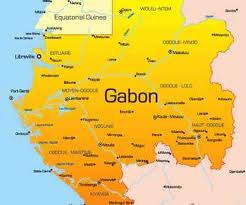 Silver Bull Resources, Inc. (TSX:SVB) (NYSE MKT:SVBL) is pleased to announce the closing on January 23, 2015 of the transaction, as previously announced on May 22, 2014 and December 17, 2013, with BHK Mining Corp. in connection with the sale of Dome International Global Inc. a wholly-owned subsidiary of Silver Bull which holds, indirectly, a 100% interest in the Ndjole manganese and gold project located in Gabon.

Tim Barry, Silver Bull President & CEO states: “We are very pleased to close the sale of the Project to BHK and we wish them well in their future endeavors in Gabon. Silver Bull remains fully focused on advancing its flagship Sierra Mojada silver-zinc project in Coahuila, Mexico, and the sale of the Ndjole property provides Silver Bull with an additional USD$1.5 million in non-dilutive capital in what remains a very difficult capital markets environment.”

Silver Bull is a US incorporated mineral exploration company listed on both the NYSE MKT and TSX stock exchanges and based out of Vancouver, Canada. The company’s flagship “Sierra Mojada” project is located 150 kilometers north of the city of Torreon in Coahuila, Mexico, and is highly prospective for silver and zinc. Silver Bull also has the Mitzic mineral license in Gabon, Central Africa, which is prospective for iron ore.