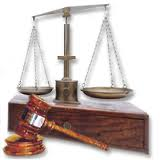 As previously disclosed in its news release dated January 23, 2014, Tyhee Gold Corp. (TSX-V:TDC) is party to an agreement and plan of merger dated January 23, 2014 with Santa Fe Gold Corporation (OTCQB:SFEG). Santa Fe has advised Tyhee that Santa Fe has received notice that Tony Cavanaugh, an alleged stockholder of Santa Fe, has filed in the Second Judicial District Court of the State of New Mexico, County of Bernalillo, a purported class action complaint on behalf of himself and all others similarly situated, against Santa Fe, the five current members of its Board of Directors, Tyhee and Tyhee’s wholly-owned subsidiary, Tyhee Merger Sub, Inc. As of the date hereof, neither Tyhee nor Tyhee Merger Sub has been formally served with the complaint.

The plaintiff contends that the members of Santa Fe’s Board of Directors breached their fiduciary duties arising out of their efforts to effectuate the merger of Santa Fe and Tyhee pursuant to an unfair process, for an unfair price and lacking material disclosures. Further, the plaintiff contends that that Tyhee aided and abetted such conduct. The plaintiff’s complaint seeks, among other things, damages, injunctive relief, recession of the proposed Tyhee transaction to the extent already implemented, and reasonable attorneys’ and experts’ fees.

IMPORTANT ADDITIONAL INFORMATION WILL BE FILED WITH THE SEC