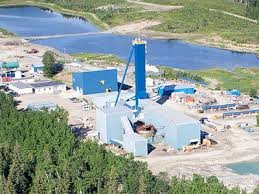 Rubicon Minerals Corporation (TSX:RMX) (NYSE MKT:RBY) is pleased to announce that is has entered into a Settlement Agreement and an Exploration Accommodation Agreement with Wabauskang First Nation.

Under the Settlement, WFN has agreed to discontinue its appeal against Rubicon regarding the August 28, 2014 decision made by the Ontario Divisional Court to dismiss the application for judicial review in respect of Rubicon’s production closure plan for its fully-permitted Phoenix Gold Project. In turn, an EAA has been signed and terms of a potential benefits agreement are outlined in the Settlement.

The EAA governs the Company’s exploration work on WFN lands, which includes the continuing exploration work being done at the Phoenix Gold Project. The key features of the EAA include the following:

“Our community is feeling positive that we have reached an agreement,” said Wabauskang Chief Martine Petiquan. “The agreement with Rubicon provides the foundation for a long-term, mutually respectful relationship that recognizes and respects our Treaty rights and provides protection for our lands.”

“These agreements are a huge step towards a respectful and mutually beneficial long-term partnership with the Wabauskang First Nation,” commented Michael A. Lalonde, President and Chief Executive Officer of Rubicon. “We also look forward to finalizing a long-term benefits agreement with WFN in the near future.”

Rubicon Minerals Corporation is an advanced stage gold development company. The Company is focused on responsible and environmentally sustainable development of its Phoenix Gold Project in Red Lake, Ontario. The start of potential gold production is projected in mid-2015, based on current forecasts. The Phoenix Gold Project is fully permitted for initial production at 1,250 tons per day. In addition, Rubicon controls over 100 square miles of prime exploration ground in the prolific Red Lake gold district which hosts Goldcorp’s high-grade, world class Red Lake Mine.