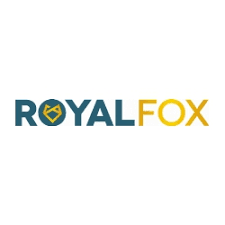 Royal Fox Gold Inc. (TSX-V: FOXG) is pleased to report assay results from the 2021 diamond drilling campaign and results from historically drilled core not previously sampled on the Philibert gold deposit, Chibougamau, Quebec. A first set of results was published on October 19, 2021.

Simon Marcotte, President and CEO of Royal Fox, commented: “From the 1,147-metre drill program, the results returned to date continue to illustrate the high quality and potential of the Philibert gold deposit. As we aim to deliver a maiden NI 43-101 resource estimate in 2022, we couldn’t be more excited with the untapped potential of the project, including the large historical record of unsampled and sampled drill core, and the immense exploration potential to expend gold mineralization along the Guercheville Deformation Zone.”

The Philibert deposit, located 60 kilometres southwest of Chibougamau, Quebec, is defined by 60,000 metres of historic diamond drilling, including approximately 25,000 metres of unsampled drill core from campaigns completed between 1952 and 2014. At the time, gold prices favoured the development of the Philibert deposit as an underground resource. However, at today’s gold prices the district and Philibert are also amenable to open pit resources, especially when considering the recent discovery of the Nelligan gold deposit located 9 kilometres to the southwest.

As part of the due diligence process, and to expand its knowledge of the deposit, Royal Fox drilled five diamond drill holes, totalling 1,147 metres during the property acquisition process in March and April 2021. The campaign focused on four key areas – N1, N7, S1_S2, and S3_S4 associated with 15 northwest-trending mineralized domains related to the Opawica-Guercheville Deformation Zone, a large system of anastomosing shear and fault zones, and host to numerous mines including the former Joe Mann Mine, which has an historical cumulative production of 4,754,377t grading 8.26 g/t Au (Faure, 2012).

Adree DeLazzer, Vice-President Exploration of Royal Fox, commented: “We are extremely pleased with the results released today which continue to demonstrate consistent grade and width from five key areas of the deposit, especially the near surface mineralization intersected within the Obatogamau Fault, again supporting our belief that the east and west sections of the deposit are continuous.”

To date, 395 assays from the 921 samples sent for analysis in June have been received from the labs, representing partial results from all five holes. Table 1 sets out the highlights from the results reported today. The results from the 526 outstanding samples will be released as they are received.

Mineralization along the southern trend of Philibert is modelled as four stacked tabular zones (Ai, J, JSUD and 179) that are sub-parallel to stratigraphy, ranging from 1 to 15 metres in width, moderately dipping to the northeast, and are traced up to 1.5 kilometres along strike, with mineralization open along strike and dip. Some of the best intersections to date are located on the southeastern drilled limit of the Philibert deposit, including PB-21-316 (reported on Press Release dated October 19, 2021) with 1.23 g/t Au over 55.5 metres. 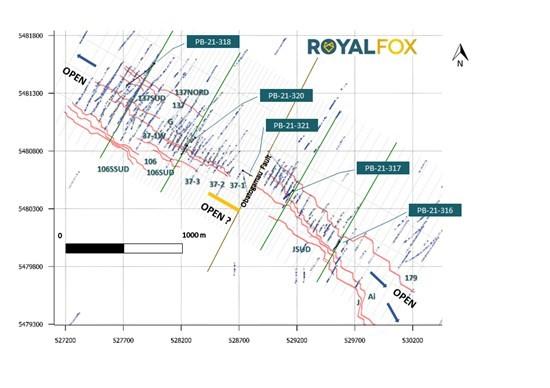 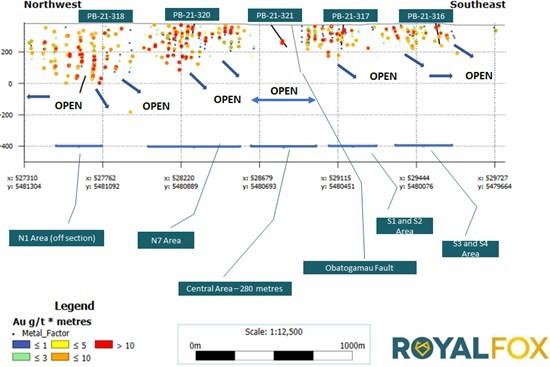 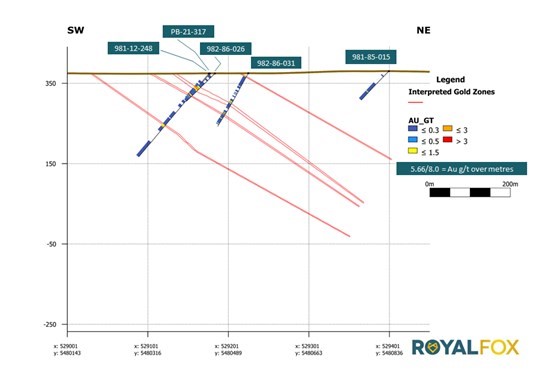 Drill hole PB-21-321 tested the Obatogamau Fault, which was drilled at a 120-degree azimuth (ESE) to get a perpendicular transect across the fault and to test for potential mineralization and intersected 2.76 g/t Au over 9.4 metres from 124.6 to 134.0 metres, including 5.05 g/t Au over 3.0 metres. The new intersection is interpreted to be the continuation of domain J. Mineralization is associated with intense alteration and brittle/ductile deformation. See Figure 5: core photo of the mineralized zone in PB-21-321 and Figure 1: plan view of the Philibert trend with drilling. 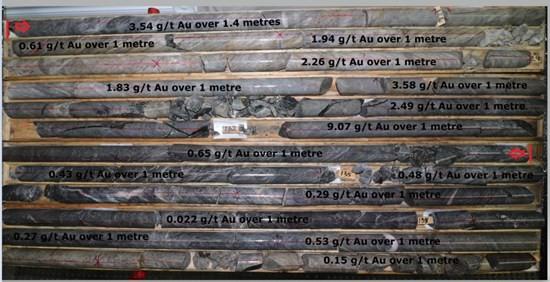 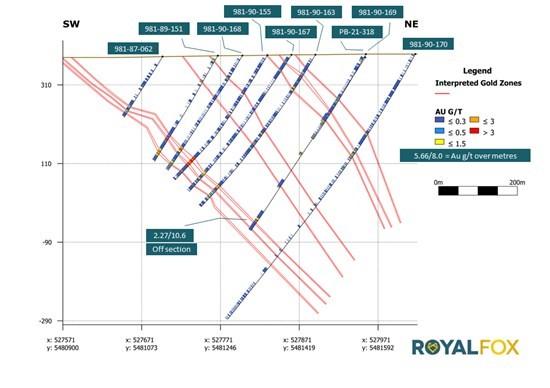 True widths of the intercepts reported in this press release have yet to be determined but are estimated to be 60 to 70% of reported core lengths (except for hole PB-21-321). All NQ-size split core assays reported for 2021 were obtained by fire assay with atomic absorption finish and samples returning values over 5 ppm Au are re-analyzed, utilizing standard Fire Assay-Gravimetric methods. Samples were shipped to AGAT Laboratories with sample preparation done in Val d’Or, QC and sample analysis in Mississauga, ON. The quality assurance and quality control protocol include insertion of blank or standard every 10 samples on average, in addition to the regular insertion of blank, duplicate, and standard samples inserted by AGAT Laboratories during the analytical process.

The technical content of this release has been reviewed and approved by Adree DeLazzer, P. Geo., a Qualified Person as defined by the National Instrument 43-101.

Royal Fox Gold Inc. is a mineral exploration company focused on the development of the Philibert Project near Chibougamau, Québec. The Philibert Project comprises 110 mineral titles having a total approximate area of 5,393 hectares of highly prospective ground, 9km from IAMGOLD’s Nelligan Gold project which was awarded the “Discovery of the Year” by the Quebec Mineral Exploration Association (AEMQ) in 2019.

To date, more than $10M (historical value) have been spent on the Philibert Project, with more than 60,000 metres of drilling completed. The Company is focused on de-risking the asset and releasing a maiden NI 43-101 resource estimate which will incorporate results from both brownfield and greenfield exploration, combined with extensive historical data. The Philibert Project is owned by SOQUEM. Royal Fox is currently undergoing an ownership option process, details of which can be found in the corporate presentation available on the Company’s website.

SOQUEM, a subsidiary of Investissement Québec, is dedicated to promoting the exploration, discovery, and development of mining properties in Quebec. SOQUEM also contributes to maintaining strong local economies. Proud partner and ambassador for the development of Quebec’s mineral wealth, SOQUEM relies on innovation, research, and strategic minerals to be well-positioned for the future.