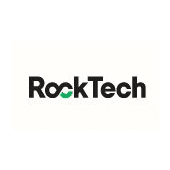 Rock Tech Lithium Inc. (TSX-V: RCK) (OTCQX: RCKTF) (FWB: RJIB) (WKN: A1XF0V) announces the closing of its previously announced marketed offering of units of the Company. In connection with closing of the Offering, the Company issued an aggregate of 11,449,743 Units at a price of C$3.50 per Unit for aggregate gross proceeds of approximately C$40 million. Each Unit is comprised of one common share in the capital of Rock Tech  and one-half of one Common Share purchase warrant. Each Warrant entitles the holder thereof to acquire one Common Share for a period of 36 months from August 19, 2022, at an exercise price of C$4.50, subject to and in accordance with the terms and conditions of the warrant indenture entered into between the Company and Computershare Trust Company of Canada, including acceleration and adjustment in certain circumstances. In the event that the volume weighted average trading price of the Common Shares on the TSX Venture Exchange for ten consecutive trading days exceeds C$6.75, the Company may, within 10 business days of the occurrence of such event, deliver a notice (including a press release) to the holders of Warrants accelerating the expiry date of the Warrants to the date that is 30 days following the date of such notice.

The underwritten Warrants issued pursuant to the Offering have been conditionally approved for listing and are expected to commence trading on the TSX Venture Exchange following the closing of the Offering, subject to the satisfaction of all listing conditions.

As previously announced, Rock Tech currently intends to use the net proceeds of the Offering to finance the development of the Company’s proposed high grade lithium hydroxide converter and refinery facility in Guben, Germany (the “Guben Converter”) and to fund the continued exploration and development of the Company’s Georgia Lake lithium project in Ontario, Canada (the “Georgia Lake Project”).

The Offering included a C$30,686,600 underwritten offering (the “Underwritten Offering”) conducted through a syndicate of underwriters led by TD Securities Inc. and Cantor Fitzgerald Canada Corporation acting as joint book-runners and including Berenberg Capital Markets, LLC as joint lead manager. The Company granted the Underwriters an option to purchase up to an additional 15% of the Underwritten Offering. The Over-Allotment Option is exercisable, in whole or in part at the discretion of the Underwriters, at any time up to and including 30 days following the closing date of the Offering. The Underwriters can elect to exercise the Over-Allotment Option for Units only, Common Shares only, Warrants only or any combination thereof, to cover over-allotments, if any, and for market stabilization purposes.

In connection with the Underwritten Offering, the Company also completed a non-brokered private placement of 2,682,143 Units for aggregate gross proceeds of C$9,387,500.50, pursuant to subscription agreements entered into directly between Rock Tech and purchasers. The Common Shares and Warrants issued in connection with the Concurrent Private Placement are subject to a four month hold period in accordance with applicable Canadian securities laws, which expires four months and one day following the date of issuance thereof, as will any Common Shares issued on exercise of Warrants prior to the expiry of such hold period.

The Underwritten Offering was made to the public in each of the provinces of Canada, excluding Québec, pursuant to a prospectus supplement to the Company’s existing Canadian base shelf prospectus dated July 13, 2022  and in the United States on a private placement basis to “qualified institutional buyers” pursuant to an exemption from the registration requirements under the United States Securities Act of 1933, as amended (the “U.S. Securities Act”), and in certain jurisdictions outside of Canada and the United States on a basis which does not require the filing of a prospectus, registration statement or similar document in such jurisdiction.

The Units, Common Shares and Warrants referred to in this press release have not been, and will not be, registered under the U.S. Securities Act, or any state securities laws of any state of the United States and may not be offered or sold within the United States except in compliance with the registration requirements of the U.S. Securities Act and applicable state securities laws or pursuant to exemptions therefrom. This press release does not constitute an offer to sell or the solicitation of an offer to buy any securities of the Company.

Rock Tech is a cleantech company on a mission to produce lithium chemicals for EV batteries. The Company aims to serve automotive customers with high-quality lithium hydroxide. Rock Tech plans to build high-tech lithium converters at the door-step of the European and North American automotive industries, to provide customers with supply-chain transparency and just-in-time delivery. To close the most pressing gap in the clean mobility story, Rock Tech has gathered one of the strongest teams in the industry. The Company has adopted strict ESG standards and is developing a proprietary refining process to further increase efficiency and sustainability. Rock Tech plans to source raw material from its own mineral project in Canada as well as procuring it from other responsibly producing mines. In the years to come, the Company expects to also source raw materials from discarded batteries. Rock Tech’s goal: to create a closed-loop lithium production system.