The primary focus of the program is the HG Target originally identified by field geology and Mag-VLF, and further refined with follow up IP geophysics and trenching exploration programs compiled and expanded through Riverside work. Results from the first 5 holes focused on the central area of the HG Target identified and expanded by Riverside’s 2021 IP program. All holes intersected anomalous gold in the anticipated target “zone” with the widest drilled interval so far being 5 m estimated true thickness with 2.1 g/t Au in hole DDH2022-02 and the highest assay value being 8.4 g/t over 1 m with visible gold. All 12 holes were drilled to between 126 m and 146 m total depth with one hole (DDH2022-08) being terminated at 115 m where it intersected a fault and could not continue. All samples comprised half-core, saw-cut samples with QA/QC described below and further at www.rivres.com. Samples are generally considered to be 90-95% to true width. 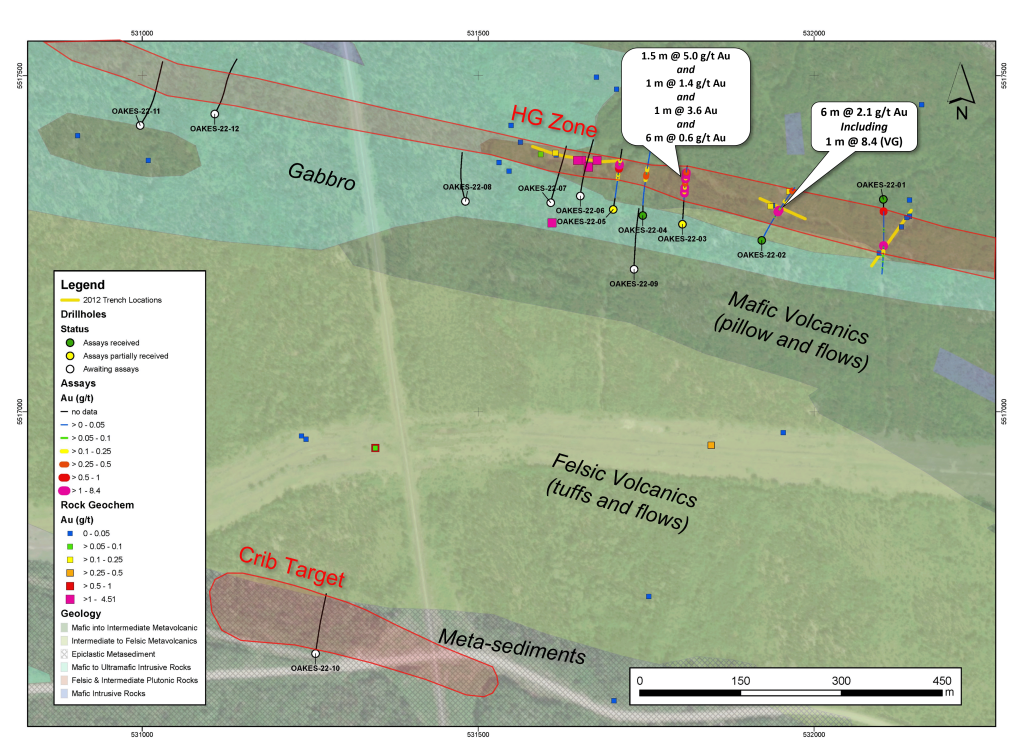 Figure 1: Figure shows a plan view of the drill program showing all 12 holes and the important intersections plotted on regional geology map. 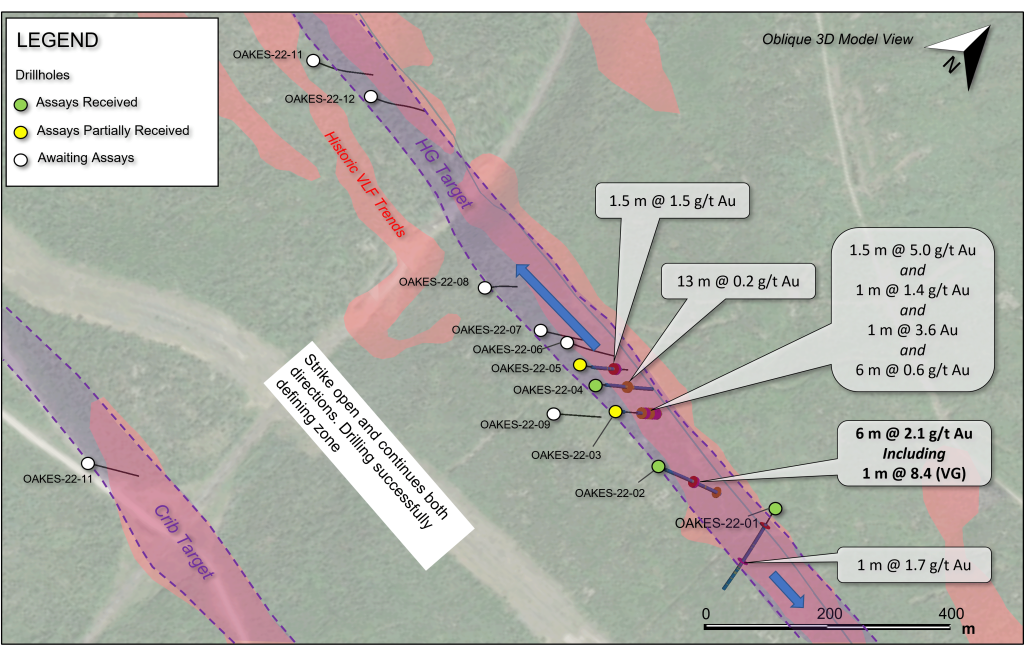 Figure 2: A zoomed in detailed map showing the extension and intervals from this news release and next coming holes that could expand the system along strike.

Mineralized zones are being successfully hit in the drilling program and are associated with altered mafic volcanics intercalated with thin sections of metasediments and narrow tuffaceous sections showing minor hydrothermal breccia. Core near the top of these holes comprises strong chloritic alteration with overall strong silicification and lesser carbonate bleaching along foliation and bands of biotite alteration throughout. Quartz veins make up about 5% of the mineralized zones with pyrite and pyrrhotite fracture fillings and blebs being a key mineralization an indicative feature so far in this early stage of drilling analysis.

Overall, mineralization increases with depth comprising pyrite-pyrrhotite up to 3% total sulfides. Semi-massive pyrite-pyrrhotite was noted in several holes and correlates to increased gold content. Visible gold was found in two holes associated with pyrite and lesser pyrrhotite in areas of quartz veining. The end of the zones is often marked by sections of millimeter-scale porphyroblastic garnets. At Holes -01, -07 and -08 gabbroic units mark the beginning of the mineralized zones (assays are pending on the higher numbered holes). Gabbroic units are usually dark, medium-grained, slightly magnetic, moderately silicified rocks with minor disseminated pyrite and traces of pyrrhotite and chalcopyrite. These geologic aspects will form the basis for developing the third dimension and understanding of the HG zone which continues to be progressing. 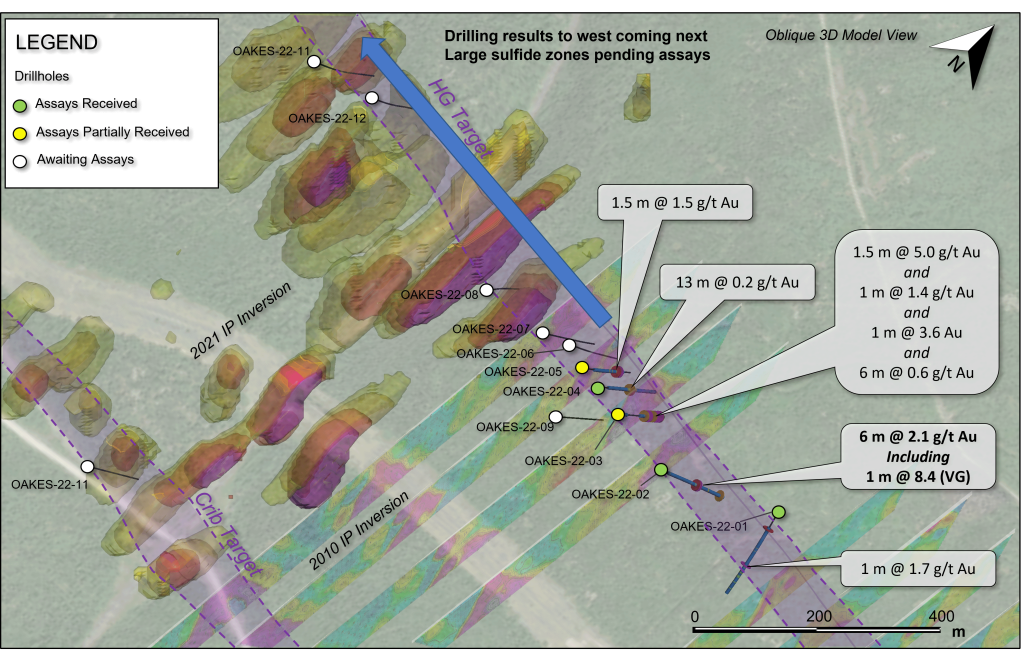 Figure 3: Plan view of IP geophysics inversion data with Riverside’s drill program completed on the HG zone superimposed. Pending drill results will expand to the west the HG zone and evaluate continued trend to the west.

The Oakes project is located 25 km northeast of Equinox Gold’s Hardrock Deposit along the Trans-Canada Highway providing excellent access and allowed for efficient drilling completing work under budget and faster than initially planned leaving more funds to undertake an drone magnetic geophysics survey and follow up with the summer field exploration, mapping and sampling program. The Hardrock Deposit is currently projected to produce 400,000 ounces of gold per year and has estimated resources of over 5Moz[1] of gold making this a major deposit for Canada and Riverside seeks this as a target analogue for the Oakes Property. Drilling at Oakes is the first drilling for Riverside’s self-funded work to advance the Project beyond the IP and surface work the Company completed over the last two years.

Riverside’s President and CEO, John-Mark Staude: “The Oakes Project had previously only seen two drillholes, so we are very encouraged to see our first set of shallow holes include multi-gram gold intercepts that demonstrate the interpreted vertical gold bearing structures continue at modest depths. We will be compiling these 5 holes with assays from the remaining 7 holes with our IP-inversion work to continue vectoring towards larger gold accumulations zones at the HG Target and across this target-rich property.”

he HG Zone has been described previously by Riverside (see press release December 1, 2021) were Riverside has described the integration of the IP inversion and sampling which refined the interpretation to fit the geologic context of the projects setting. At the HG Zone, Riverside sees a vertical contact and stratigraphic sequence with some potentially important iron formations and shears. These aspects are typical of some of the other major gold camps in the region including Geraldton, Beardmore but more generally also at Red Lake and Island Gold. 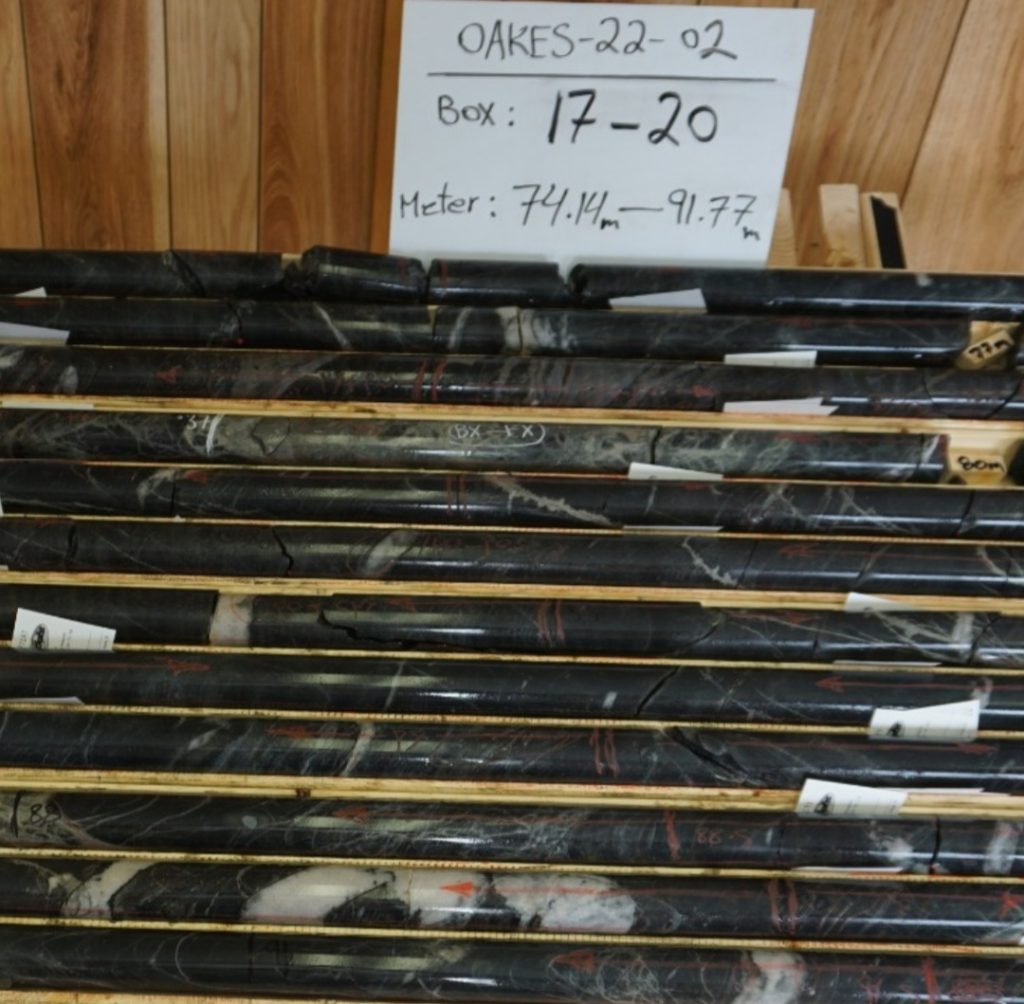 As part of the quality control Riverside inserted blanks, duplicates and two different standards, into the sample stream prior to delivery at Activation Laboratories in Thunder Bay. Logged core was delivered from site to a core cutting facility in Thunder Bay by Riverside and trucked to Activation Laboratories from this facility typically in batches of 2 to 4 holes at a time. Multi-Element Analysis using Aqua Regia Extraction and (40 element) Inductively Coupled Plasma Atomic Emission Spectrometry Analytical and fire assay for gold methods where used.  The Company also ran 4-acid total digestion in conjunction with aqua regia over several mineralized zones as a check for the best analysis method. Activation Laboratories is an ISO/IEC accredited laboratory.

The scientific and technical data contained in this news release was reviewed and approved by Freeman Smith, P.Geo., a non-independent qualified person to Riverside Resources, who is responsible for ensuring that the geologic information provided within this news release is accurate and who acts as a “qualified person” under National Instrument 43-101 Standards of Disclosure for Mineral Projects.

Riverside is a well-funded exploration company driven by value generation and discovery. The Company has over $4M in cash, no debt and less than 75M shares outstanding with a strong portfolio of gold-silver and copper assets and royalties in North America. Riverside has extensive experience and knowledge operating in Mexico and Canada and leverages its large database to generate a portfolio of prospective mineral properties. In addition to Riverside’s own exploration spending, the Company also strives to diversify risk by securing joint-venture and spin-out partnerships to advance multiple assets simultaneously and create more chances for discovery.