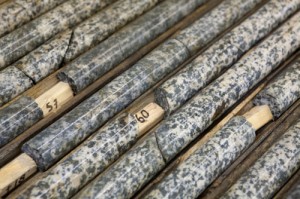 Richmont Mines Inc. (TSX:RIC)(NYSE MKT:RIC) is pleased to announce a successful completion of the bulk sampling phase for its Monique Gold Project an open-pit operation located 25 km east of Val-d’Or, Quebec. The bulk sample was processed at the Corporation’s 100%-owned Camflo Mill, located approximately 50 km from the Project. As a result, the Corporation has established estimated mineral Reserves for the Project, and has made a decision to proceed to commercial production.

Paul Carmel, President and CEO of Richmont commented: “The bulk sampling phase of Monique was completed as expected, and we are pleased that it has confirmed our metallurgical and geological expectations for the Project. The addition of 22,500 tonnes per month from Monique will translate into efficiency improvements and lower unit cost levels at our Camflo Mill, which is currently operating at full capacity with material from our Beaufor, W Zone and now Monique operations. With the Project in the pre-production phase as of the beginning of July, we will continue to ramp up production levels through the end of the summer, and look forward to declaring commercial production on this project at the beginning of October.”

Results from the 8,494 tonne bulk sample phase correlated with metallurgical expectations, generating a mill recovery rate of 95.1%, and have confirmed the Corporation’s geological model for the Project. As a result, Richmont has established open-pit Proven and Probable Reserves for the Project at July 1, 2013, of 35,698 ounces, as detailed in Table 1. In addition, the Monique Gold Project has estimated underground Indicated Resources of 16,858 ounces located directly beneath the open-pit. The Corporation will file an updated 43-101 technical report on SEDAR (www.sedar.com) within 45 days of this release.

Monique is expected to have a 19 month commercial mine life, over which approximately 30,000 ounces of gold will be produced at an average cash cost of CAN$904 per ounce. In addition, the Project will generate 3,500 ounces of gold in the three month pre-production phase. The Corporation expects additional expenditures of CAN$1.6 million prior to the onset of commercial production in October, in addition to capital expenditures of CAN$9.3 million, net of $1.37 million of exploration tax credits, that were spent before July 1, 2013. Included in these capital expenditures are projected reclamation costs of $975,000, which the Corporation expects to be partially offset by the sale of equipment with an estimated residual value of $475,000 at the end of mining.

Monthly tonnage levels from Monique are expected to exceed 60% of the projected 22,500 tonne per month commercial production level over the 3 month period of July, August and September, during which a total of approximately 3,500 ounces of non-commercial gold are forecasted to be produced. The Project is expected to transition into commercial production at the beginning of October, and is expected to add approximately 4,500 ounces to the Corporation’s 2013 projected gold production of 68,000 ounces, bringing Richmont’s revised 2013 gold production forecast to 72,000 ounces.

The Monique open pit is expected to have final dimension of approximately 315 metres by 290 metres, a depth of 100 metres, and a stripping ratio of 5.4:1. Commercial production levels are expected to be 22,500 tonnes per month in 2014.

Richmont Mines has produced over 1,300,000 ounces of gold from its operations in Quebec, Ontario and Newfoundland since beginning production in 1991. The Corporation currently produces gold from the Island Gold Mine in Ontario and the Beaufor Mine in Quebec and is advancing three gold projects: the Island Gold Deep, W Zone and the Monique Gold projects. With extensive experience in gold exploration, development and mining, the Corporation is well positioned to cost-effectively build its Canadian reserve base through a combination of organic growth, strategic acquisitions and partnerships.