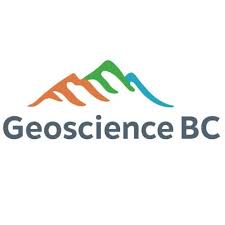 A newly published report sheds light on the potential for undiscovered minerals deposits in the Skeena Arch in British Columbia’s Northwest Region.

Although the Skeena Arch – an area roughly between Terrace and Houston – is home to several past and current mines, the geological processes that caused the concentration of mineralized zones is only partially understood. The project, which was a partnership between Geoscience BC, the British Columbia Geological Survey (BCGS), and the University of British Columbia’s MDRU-Mineral Deposit Research Unit, sought to address the knowledge gap.

Using data from Geoscience BC’s Search Phase I: Airborne Magnetic Survey project, MDRU and BCGS researchers updated geological maps and the data was used to further improve understanding of structural settings that caused magmatic activity that led to the formation of mineralized deposits. The research team discovered previously unknown Middle Jurassic volcanogenic massive sulphide (VMS) deposits that may be similar to the productive Eskay Creek gold deposit. The new report, which accompanies the previously-published geological maps, highlights findings can be valuable for the mineral exploration sector, Indigenous groups and communities making decisions about mineral exploration in the area.

Geoscience BC Vice President, Minerals Christa Pellett said: “The findings and new knowledge generated by this project highlight that British Columbia’s Northwest Region may have a continued role to play in critical minerals and metals exploration and development. This public information will be useful for future exploration in the area.”

To view the reports and maps, visit the project page or view the information on Geoscience BC’s Earth Science iewer online mapping application.

The new report can also be viewed on the BC Geological Survey website.

Our collaboration with the resource sectors, academia, communities, Indigenous groups and government develops and shares unbiased and credible earth science research and data. Geoscience BC is a not-for-profit society incorporated under the BC Societies Act.