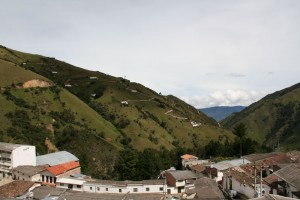 “Following the announcement of the OM.L Transaction, Red Eagle Mining was contacted by several of CB Gold’s largest shareholders who were unhappy with the proposed sale of CB Gold’s principal asset. Red Eagle Mining submitted an indicative term sheet to CB Gold on June 4, 2015 and a binding proposal on June 10, 2015, in good faith. All overtures were rebuffed with the only response being CB Gold’s press release dated June 12, 2015. As a result, we are presenting our proposal directly to CB Gold shareholders.” comments Ian Slater, Chief Executive Officer. “We believe that the Offer represents a clearly superior alternative for CB Gold shareholders.”

The OM.L Transaction as announced on May 19, 2015 proposes the sale of the Vetas Project for $2 million, advance royalty payments of $30,000 per month (assuming $1,200 per ounce gold) commencing in 24 months, increasing to $60,000 per month commencing in 36 months, and a 3% royalty capped at $15 million. This is not a fully funded royalty company as presented. Moreover, this cash flow will just cover the amount required to pay CB Gold’s aggregate annual management salaries of approximately $521,290 (based on the disclosed NEO payments for CB Gold’s 2014 fiscal year).

In CB Gold’s disclosure regarding the proposed OM.L Transaction, CB Gold has consistently described the transaction as having a “combined value” to CB Gold shareholders in excess of $20 million. This disclosure is misleading as it either (i) adds the full price of the potential $15 million buy-back of the 3% NSR being granted to OM.L Trading into the value of the transaction without also clearly stating that there is no requirement for OM.L Trading to exercise the buy-back or that the buy-back can be exercised in whole or in part, meaning that potentially none of or only a portion of the $15 million would ever be received by CB Gold; or (ii) adds the full value of the royalty capped at $15 million without taking into consideration discounting future cash flows to current net present value and that the amount of royalty payments and their timing remain uncertain.

About the Red Eagle Mining Offer

The Offer will be made for all of the issued and outstanding common shares of CB Gold and will be open for acceptance for at least 35 days following commencement of the Offer. The Offer will be subject to the rejection of the proposed OM.L Transaction by CB Gold shareholders at CB Gold’s Annual General and Special Meeting to be held June 23, 2015, as well as certain customary conditions including the deposit under the Offer of CB Gold common shares representing not less than 51% of CB Gold shares, receipt of all necessary regulatory approvals, no material adverse change in CB Gold and CB Gold’s shareholder rights plan being waived, invalidated, or cease-traded. The Offer will not be subject to the approval of Red Eagle Mining’s shareholders and is not subject to any financing or due diligence conditions.

The full details of the Offer will be set out in a takeover bid circular and accompanying offer documents which Red Eagle Mining will file with Canadian securities regulatory authorities upon formally making the Offer. Red Eagle Mining has requested a shareholders list from CB Gold and, when received, will send the Offer Documents to CB Gold’s shareholders.

Red Eagle Mining has engaged National Bank Financial as its financial advisor and Farris Vaughan Wills & Murphy LLP as its legal counsel in respect of the Offer. Questions and requests for assistance may be directed to Laurel Hill Advisory Group, the Information Agent for the Offer, at the contacts set out below.

Red Eagle Mining is a well-financed gold exploration and development company with an experienced mine-development team. Management is focused on building shareholder value through discovering and developing gold projects with low costs and low technical risks in Colombia, a jurisdiction with prolific historic production but until recently limited modern exploration. Red Eagle Mining is developing the 100 km² historic Santa Rosa Gold Project located in the Antioquia Batholith. Development will initially commence with the fully permitted San Ramon Gold Mine where a positive Feasibility Study supports project development. Construction is scheduled to commence in 2015 with production in 2016.