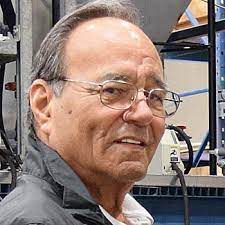 Prospector News Editor’s Note: I was fortunate to work with and get to know Larry for the past few years prior to his illness. His contribution to our industry is immeasurable and his character first class. He had an ability to cheer people even in the darkest of moments. Our sympathies are extended to the staff at American Manganese and to Larry’s family…. MF

American Manganese Inc., (TSX-V: AMY) (OTCQB: AMYZF) (FSE: 2AM) dba RecycLiCo Battery Materials, regrets to announce that Larry W. Reaugh has passed away today. Mr. Reaugh was the founder of the Company and served as its CEO, President, and Director continuously until his death. He was an accomplished and well-known figure in the mining industry, having successfully developed several mineral properties. He was instrumental in turning the Company’s proprietary hydrometallurgical process from a manganese recovery technique to an innovative battery recycling-upcycling solution, known as the RecycLiCo patented process.

The Company’s board of directors has made the following appointments, which are effective as of today’s date:

“Throughout his career, Larry demonstrated great perseverance and resolve,” says Mr. Hildebrand. “His efforts have given the Company an exciting opportunity at the forefront of an emerging green energy field. On behalf of the Board of Directors, I wish to express our condolences to the Reaugh family, and our gratitude for Larry’s hard work for so many years.” says Mr. Hildebrand.

“Having worked side-by-side with Larry for several years, I can confidently say that Larry was a great leader and mentor to many of us,” adds Mr. Meseldzija. “Under his direction, we have grown as a pioneer in the lithium-ion battery recycling industry and our team stands ready to ensure that his vision is carried out, and that the interests of the Company’s shareholders are looked after. Larry will be sincerely missed, and we extend our deepest condolences to the entire Reaugh family.”


45th Annual BC Mine Reclamation Award and Scholarship Recipients Announced

Arcadis, in partnership with the World Business Council for Susta... READ MORE