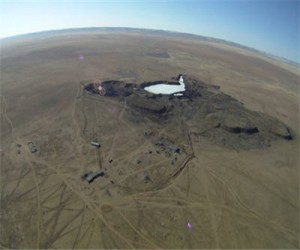 Prophecy Coal Corp. (TSX:PCY)(OTCQX:PRPCF)(FRANKFURT:1P2 is pleased to announce that the Company has received official correspondence from the Head of the Chandgana project working group designated by the Mongolian Ministry of Energy, outlining the terms of a tariff agreement reached by the Working Group and Prophecy Power Generation LLC, for the Chandgana coal mine mouth power plant project.
The major terms of the tariff agreement include:

The Company is pleased to announce that the tariff numbers are in-line with PPG’s final proposal submission to the Working Group in February 2013.

The Working Group was constituted in 2012 and consists of 11 members including officials and experts from the Ministry of Energy, the Energy Regulatory Commission (“ERC”), National Electricity Transmission Grid Company (“NETGCO”) and private companies operating in the energy sector of Mongolia.

The Working Group in the past several months has held numerous meetings with PPG to advance and conclude the tariff structure and advance the Power Purchase Agreement (“PPA”) incorporating all major technical, legal and commercial aspects of the Project.

Prophecy believes that the Tariff Agreement is a major catalyst that could lead to the Company:

The Company would like to thank all members of the Working Group for their professional dedication in advancing the Chandgana Power Project, and congratulate them for achieving this major tariff agreement milestone. With all major construction, environmental, mining, land use licenses and/or permits already in place, Prophecy looks forward to involving all stakeholders in building possibly the country’s first major thermal IPP project.

Prophecy Coal Corp. is a Canadian company listed on the Toronto stock exchange engaged in developing energy projects in Mongolia. Prophecy’s wholly-owned subsidiary Prophecy Power Generation LLC is advancing plans for a proposed 600 MW coal-fired mine-mouth power plant, which has been licensed by the Mongolian government, adjacent to its Chandgana coal deposit. Chandgana Coal LLC, another Prophecy wholly-owned Mongolian subsidiary, has contracted to supply 3.6 million tonnes of coal per year to Prophecy Power for 25 years. Chandgana Coal LLC controls a significant coal resource. This includes the two Chandgana tal mining licenses containing 124 million tonnes of measured resource with an average strip ratio of 0.7 to 1 and the Khavtgai uul license containing 509 million tonnes measured and 539 million tonnes indicated resource with a strip ratio of 2.2 to 1. Substantially all of Prophecy’s resources are not mineral reserves; hence, they do not have demonstrated economic viability.