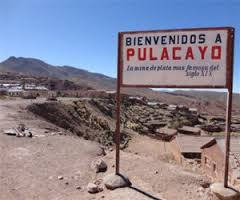 Under the Letter Agreement, Prophecy will acquire Apogee’s subsidiaries: Apogee Minerals Bolivia S.A. and ASC Bolivia LDC (which in turn, holds ASC Bolivia LDC Sucursal Bolivia) which hold the Pulacayo-Paca joint venture by paying Apogee $250,000 in cash and issuing Apogee 60 million Prophecy Class B convertible, non-voting shares. The Class B Shares will become eligible for conversion by Apogee, to an equivalent number of listed Prophecy common shares in tranches over a two-year period, when certain price levels of the Prophecy shares trading on the TSX are met, or in the face of certain major triggering events. Prophecy has agreed to assume all liabilities of the Apogee Subsidiaries.

Certain shareholders of Apogee who hold an aggregate of 82,253,000 million common shares, representing approximately 18.2% of Apogee’s common shares, have signed support agreements pursuant to which they have agreed to vote all of the Apogee shares beneficially owned by them in favour of the Proposed Transaction.

The Proposed Transaction would provide Apogee shareholders with liquidity and an opportunity to team up with Prophecy’s mining production experience in a challenging investment climate. Apogee shareholders would also be able to participate in the potentially significant upside of both the Pulacayo-Paca and Prophecy’s coal and energy projects. By combining advanced-stage mining and energy projects in different geographic regions, Prophecy will diversify its project portfolio by adding exposure to multiple commodities, broadening its appeal to Asian, European and American investors; and mitigating perceived political risks.

The Pulacayo-Paca property is located 18km east of Uyuni city in southwestern Bolivia. It is located 460km south-southeast of the nation’s capital of La Paz and 150km southwest of the city of Potosi. An 18km paved road connects Pulacayo-Paca to Uyuni, which connects to the port of Antofagasta by 612km of railroad.

The Pulacayo-Paca property is comprised of approximately 22,850 hectares of contiguous mining concessions centered on the historic Pulacayo mine and town site with access to power and water. ASC Bolivia LDC Sucursal Bolivia (the indirectly held wholly-owned Bolivian subsidiary of Apogee) controls the mining rights to the concessions through a separate joint venture agreement with the Pulacayo Mining Cooperative who hold the mining rights through a lease agreement with the state-owned Mining Corporation of Bolivia, COMIBOL.

Between 2006 and 2012, a total of 69,739m of diamond drilling was conducted by Apogee, whereby 226 surface drill-hole and 42 underground drill-hole results support mineral resource and reserve estimates pertinent to the independent feasibility study dated January 17, 2013 as filed on the SEDAR profile of Apogee.

During the trial mining period, the following results were achieved:

The ore was trucked 150km to Potosi and processed by 3 custom mills owned by local cooperatives with varying operating capacity between 50 to 150 tonnes per day (tpd). Best recovery results were obtained from the Zabaleta mill which produced the following results:

The concentrate was sold to Consorcio Minero S.A., a wholly-owned subsidiary of the Trafigura Group.

In December 2012, the Environmental Impact Assessment for the Pulacayo-Paca project was submitted to Bolivia’s Ministry of Environment and Water and it was approved in October 2013. The submission was the result of over 30 months of technical studies and consultations, including a comprehensive water management plan, the feasibility study, archeological studies, flora and fauna studies, mine closure planning, social baseline studies, and results from two years of public consultations with local communities.

The approval of the EIA allows for mine and concentrator construction with a targeted production rate of up to 560 tpd at the Pulacayo Project.

Further Detail Regarding the Transaction

The Proposed Transaction is subject to the following:

The final structure of the Proposed Transaction will be subject to the parties’ receipt of qualified tax, corporate and securities legal and accounting advice.

On the closing date of the Proposed Transaction, Apogee shall appoint to its board of directors an individual nominated by Prophecy to serve as a director of Apogee. Prophecy currently has 251,878,634 common shares issued and outstanding. In the event Apogee were to convert all of the Class B Shares as of the date hereof, Apogee would hold 19.2% of Prophecy.

Prophecy’s focus remains coal and energy projects in Mongolia, where well over 90% of Prophecy’s staff reside. Prophecy has conducted thorough due diligence on Pulacayo-Paca. Upon completion of the Proposed Transaction, Prophecy will examine the project economics in relation to prevailing metal prices prior to making any production decision. At the appropriate time, joint venture partners may be sought to develop the Pulacayo Project.


Prophecy Coal Corp. is a Canadian public company listed on the Toronto Stock Exchange that is engaged in developing energy projects in Mongolia.