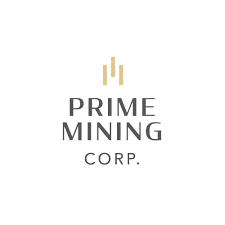 Prime Mining Corp. (TSX-V: PRYM) (OTCQB: PRMNF) (Frankfurt: 04V3) announces additional assays from its expanded Phase 2 step-out and infill drilling program at Los Reyes now planned to 70,000 metres. The project hosts an existing multi-million-ounce gold and silver resource located in the mining friendly jurisdiction of Sinaloa, Mexico. Today’s results are from 20 step-out drill holes into the Tahonitas deposit located on the western side of the project and one of eight known gold-silver deposits that comprise the resource (see Figures 1 and 2).

Chief Executive Officer, Daniel Kunz comments, “We are highly encouraged by the continuing high-grade intercepts of open pit and underground gold-silver mineralization being encountered in our first two formal drill campaigns at Los Reyes. Today’s results further support the significance of the Z-T Structure at the western end of Los Reyes, from Mariposa to Tahonitas, which is now delineated over a strike length of 3 kilometres, a vertical extent of 200 to 300 metres and average thickness of 5 to 30 metres. Importantly, our drilling at both the western and eastern deposits continues to intersect multiple veins down-hole and is improving our overall confidence in the continuity of the veins at depth and along strike. The remainder of the Phase 2 program will continue to step-out along strike and at depth and will target under-drilled areas within the growing resource.”

Limited drilling was completed in Phase 1 at Tahonitas due to difficult access. For Phase 2, access was improved, and current drilling has continued to successfully identify shallow near surface mineralization as well as deeper mineralization down to 450 metres above sea level (“masl”) as in 22TA-31 where the deepest intercept was over 200 m below the previously reported pit-constrained resource. Drilling has continued to test the mineralized structure to connect the pit-constrained resource of Tahonitas to the north with Zapote South, as well as further testing of Tahonitas at depth and assays are pending and further holes are planned. Additional road access is planned to be completed after the current rain season as drilling will continue to step out to the southeast following along strike the structure and open mineralization encountered to date (See Figures 2 and 3).

The Company also announces it has renewed the engagement with an arms-length financial advisory firm (the “Advisor”) to assist the Company in various strategic and capital markets initiatives. The Advisor has been engaged for an additional term of twenty-four months. In connection with the engagement, the Advisor has received a one-time fee of 1,000,000 Warrants. Each share purchase warrant is exercisable to acquire a common share of the Company at a price of $3.00 per share for a period of thirty-six (36) months from the date of issuance.

Drill core at the Los Reyes project is drilled in predominately HQ size (63.5 millimetre “mm”), reducing to NQ or BQ size ranges (47.6 mm and 36.5 mm respectively) when required. Drill core samples are generally 1.50 m long along the core axis with allowance for shorter or longer intervals if required to suit geological constraints. Each entire hole is split, and one half is submitted for assay.

RC drilling returns rock chips and fines from a 133.35 mm diametre tricone bit. The returns are homogenized and split into 2 halves, one submitted for analysis and the other stored.

Sample QA/QC measures of unmarked certified reference materials, blanks, and field duplicates as well as preparation duplicates are inserted into the sample sequence and make up approximately 8% of the samples submitted to the lab for each drill hole.

Samples are picked up from the Project by the laboratory personnel and transported to their facilities in Durango or Hermosillo Mexico, for sample preparation. Sample analysis is carried out by Bureau Veritas and ALS Labs, with fire assay, including over limits fire assay reanalysis, completed at their respective Hermosillo, Mexico laboratories and multi-element analysis in North Vancouver, British Columbia, Canada. Drill core sample preparation includes fine crushing of the sample to at least 70% passing less than 2 mm, sample splitting using a riffle splitter, and pulverizing a 250-gram split to at least 85% passing 75 microns.

Gold in diamond drill core is analyzed by fire assay and atomic absorption spectroscopy of a 30 g sample (code FA430 or Au-AA23). Multi-element chemistry is analyzed by 4-Acid digestion of a 0.25-gram sample split (code MA300 or ME-ICP61) with detection by inductively coupled plasma emission spectrometer for a full suite of elements.

Gold assay techniques FA430 and Au-AA23 have an upper detection limit of 10 ppm. Any sample that produces an over-limit gold value via the initial assay technique is sent for gravimetric finish via method FA-530 or Au-GRA21. Silver analyses by MA300 and ME-ICP61 have an upper limit of 200 ppm and 100 ppm, respectively. Samples with over-limit silver values are reanalyzed by fire assay with gravimetric finish FA530 or Au-GRA21.

Scott Smith, P.Geo., Executive Vice President of Exploration, is a qualified person for the purposes of National Instrument 43-101 and has reviewed and approved the technical content in this news release.

Los Reyes is a rapidly evolving high-grade, low sulphidation epithermal gold-silver project located in Sinaloa, Mexico, within the prolific Sierra Madre mining region. Historic operating results indicate that an estimated 1 million ounces of gold and 60 million ounces of silver were recovered from five separate operations at Los Reyes between 1770 and 1990. Prior to Prime’s acquisition, recent operators of Los Reyes had spent approximately USD 20 million on exploration, engineering, and prefeasibility studies. The Project remains underexplored as only 40% of the known structures have been systematically drilled, leaving 10 kilometres of untested strike length. Los Reyes holds potential for additional discovery and resource expansion.

Los Reyes hosts a pit-constrained measured and indicated resource of 0.63 million gold and 16.6 million silver ounces plus inferred resources of 0.18 million gold and 6.8 million silver ounces inferred across the west (Z-T Structure), central, and east (Guadalupe) deposits. Additional prospects exist for property-wide underground resources and for open pit resources in the central zone at Las Primas and Fresnillo and further east at Orito and Mina.

Prime Mining acquired Los Reyes in 2019, completed initial data compilation that included 51,000 metres of historical drilling, field mapping and trenching in 2020, and in 2021, executed a Phase 1 exploration program that included 25,650 metres of drilling. Results suggest the eight known deposits are much larger than previously reported and potential exists for new discoveries outside of current defined resource areas. The Company is currently undertaking an expanded 70,000 metre Phase 2 exploration program.