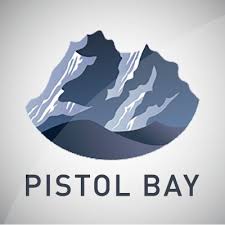 On behalf of the Directors and myself, we would like to thank all our loyal shareholders for your support in 2017 and look forward to your continued support in 2018 and beyond.

As we move forward in 2018, which we feel will be a very exciting time in the company’s history, I would like to reflect upon our activities and accomplishments in 2017.

The year started off with the company receiving exchange approval to proceed with acquiring the AurCrest properties in the Confederation Lake greenstone belt. These properties expanded our holdings in Confederation Lake making us the dominant landholder in this VMS-rich greenstone belt.  With this land package, plus the previous land holdings, Pistol Bay made plans to do a VTEM PlusTM survey over a large portion of our claims. This geophysical survey was commissioned to test depths of up to 700 metres in areas that were previously tested to only to a depth of 200 metres.

In February, Jody Dahrouge, B.Sc., Sp.C., P.Geol., was added to our Advisory Board.  Mr. Dahrouge has been involved in all aspects of mineral exploration and development for a wide variety of commodities worldwide. He is President of Dahrouge Geological Consulting Ltd., a geological services company that provides consulting services to a broad range of public and private exploration and mining companies.
In February and March, Pistol Bay acquired additional land holdings in Confederation Lake that included all historic data, which was reviewed by Colin Bowdidge, Ph.D., P.Geo., and his team. We also closed a private placement financing and received a cash infusion of $750,000 from Rio Tinto exercising part of their option for our Athabascan Basin uranium property (C4, C5, C6 Blocks).

In April, we started the VTEM PlusTM survey which showed fantastic results in identifying numerous new conductors and IP-effect anomalies throughout our land holdings and confirming that many deposits that were already indicated in the historic data acquired in February had potential for tonnage growth. These results were supplied to us by Geotech in September after carefully analyzing and compiling a 3D module model of the data. As a result of all our acquisitions, we now have a total of 297 claim units bringing Pistol Bay’s total land package in the Confederation Lake greenstone belt to over 42,000 acres.

Pistol Bay was invited by the Province of Ontario to be part of their delegation at the Mines and Money Conference in London, England held in November 2017. This conference provided many leads which the company is currently in discussions with. With the data in hand from the VTEM PlusTM survey, we had several Joint Ventures (JV’s) discussions with companies wanting to get involved with the claims Pistol Bay holds in the Confederation Lake area. Some of these JV’s discussions are ongoing and we hope to announce the first joint venture in the very near term.

The company realized early in 2017 that there was a fundamental shift happening in technology, Blockchain! Blockchain and the benefits of distributed ledger was going to impact most industries, if not all, and there is an opportunity to create blockchain products specific to the Mining and Oil and Gas industries.

In December, PB Blockchain Inc., the wholly owned subsidiary of Pistol Bay, added Brad Moynes to the Advisory Board. Mr Moynes is the founder of DigaTrade Financial Corp (OTCQB: DIGAF), which launched its digital assets exchange on July 1st, 2015.  Along with his accomplishments in the Bitcoin early entry into the Cryptocurrency and Blockchain space, Mr Moynes has extensive experience in public company management, finance and corporate relations and has served as a senior executive for a junior mining exploration company.

The technical team is now prioritizing products and working on time lines for roll out of early adopter products. We anticipate several announcements in this regard in January 2018.

The Pistol Bay team would like to wish everyone a Happy and Prosperous New Year!