PMI and Keegan to Merge as Equals to Form Asanko Gold

PMI and Keegan to Merge as Equals to Form Asanko Gold 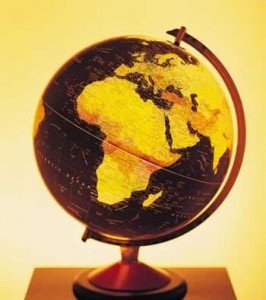 PMI Gold Corporation (TSX:PMV)(FRANKFURT:PN3N)(ASX:PVM)and Keegan Resources Inc.  (TSX:KGN)(NYSE MKT:KGN)  announce that they have entered into a definitive arrangement agreement to combine their respective businesses and to create a leading West African gold development company. A joint conference call hosted by Peter Breese and Collin Ellison will be held at 4:30 pm (EST) and 1:30 pm (PST) today (8:30 am Thursday in Sydney) to discuss this transaction. Call-in details are provided at the end of this release.

The combined company will continue under the name “Asanko Gold Inc.” (“Asanko“), reflective of the West Ghana region in which the two companies hold their principal gold projects. Asanko will be led by Peter Breese, the current President and CEO of Keegan and Collin Ellison, the current Managing Director and CEO of PMI. Under terms of the Merger (which will be effected by means of a statutory plan of arrangement of PMI), each PMI shareholder will receive 0.21 Asanko shares for each PMI share (the “Exchange Ratio“). As Keegan is the surviving corporate entity, existing Keegan security holders will not need to exchange their securities in the Merger. The Merger will create a combined company with an aggregate market capitalization expected to be in the $700 million range. Existing Keegan and PMI shareholders will each own approximately 50% of the combined company, inclusive of currently in-the-money dilutive securities.

HIGHLIGHTS OF THE MERGER

Asanko is set to become the leading gold development company in West Africa with near term production expected from a unitized project comprised of two nearby gold deposits – Obotan and Esaase. Other merger highlights include:

Peter Breese, President and CEO of Keegan, stated: “This is truly a unique and exciting opportunity to combine these two adjacent and near-term development projects and to have available some $340 million in combined cash to fund a Mid-Tier scale production growth profile starting in about two years. We expect significant synergies through the joint development of Obotan and Esaase which we expect will ultimately create one of the largest gold mining and exploration districts in Africa.”

Collin Ellison, Managing Director and CEO of PMI, stated: “We think the combination of these two companies with adjacent and complementary deposits, highly prospective exploration holdings on the Asankrangwa belt, outstanding self-funding financial flexibility and a combined management strength will allow both groups of shareholders to realize maximum value through Asanko Gold’s path to production and aggressive growth profile through to Mid-Tier Producer status by 2017.”

MANAGEMENT TEAM AND BOARD OF DIRECTORS

The Board of Directors and management of Asanko will draw from the expertise of both companies. Peter Buck and Shawn Wallace, the respective Chairmen will become Co-Chairmen, while Peter Breese will become Chief Executive Officer and Collin Ellison will become Asanko’s President. Other senior management will be determined following completion of the Merger.

On immediate completion of the Merger, the Board will be comprised of three directors from each predecessor and a seventh director will be added post-completion. The initial six directors of Asanko will be, from PMI: Peter Buck, Ross Ashton and John Clarke; and from Keegan: Shawn Wallace, Colin Steyn and Gord Fretwell.

DETAILS OF THE ARRANGEMENT AGREEMENT

The proposed Merger will be effected by way of court-approved plan of arrangement of PMI (the “Arrangement“) under the Business Corporations Act of British Columbia. Full details of the Merger will be included in joint management information circulars for both PMI and Keegan which will be mailed to their respective shareholders in late January 2013. The Merger will be subject to approval of 50% plus one of the votes cast by Keegan shareholders and by 2/3 of the votes cast by PMI shareholders at their respective special meetings of shareholders which will both be held on the same day targeted for late February, 2013. In addition to the shareholder approvals and a court approval, the Merger is subject to applicable regulatory approvals and the satisfaction of other customary closing conditions, including Asanko obtaining an ASX listing for its shares. A copy of the arrangement Agreement will be posted at www.SEDAR.com and a summary will be included in the joint information circular.

Pro-forma the Arrangement, Asanko will have approximately 171.7 million shares outstanding, 11.4 million options outstanding and 9.8 warrants outstanding. PMI options and warrants will be cancelled and replaced by equivalent length options and warrants of Asanko which will be adjusted as to number and exercise based on the Exchange Ratio. Pro-forma ownership of Asanko is approximately 50% PMI and 50% Keegan including currently in-the-money dilutive securities.

Asanko will maintain its TSX and NYSE MKT listings, and will forthwith apply to list on the ASX subject to completion of the Merger. In the United States the issuance of securities of Asanko under the Merger will be conducted in reliance on the exemption from registration found under section 3(a)(10) of the Securities Act of 1933. Asanko will continue to be a foreign private issuer under United States securities laws.

The Arrangement Agreement includes mutual deal protection provisions, including no solicitation obligations, right to match, a mutual $13 million break fee and customary fiduciary-out provisions in the event of a superior proposal being received by either company.

Keegan has retained Canaccord Genuity to act as financial advisor and McMillan LLP to act as legal advisor.

3. Figures shown exclude PMI’s Kubi Gold Project consisting of NI 43-101/JORC Mineral Resources estimate of Measured 0.66 Mt grading 5.30 g/t for 112k oz, Indicated 0.66Mt grading 5.65 g/t for 121 k oz, Inferred 0.67Mt grading 5.31 g/t for 115k oz. The preceding information relates to Mineral Resources at the Kubi Main Deposit, Ghana, is based on a resource estimate that has been audited by Simon Meadows Smith, who is a full time employee of SEMS Exploration Services Ltd, Ghana. Simon Meadows Smith is a Member of the Institute of Materials, Minerals and Mining (IMO3), London and has sufficient experience which is relevant to the style of mineralisation and type of deposit under consideration and to the activity which he is undertaking to qualify as a Competent Person as defined in the 2004 Edition of the Australasian Code for Reporting of Exploration Results, Mineral Resources and Ore Reserves, and under NI43-101. Simon Meadows Smith consents to the inclusion in press release of the matters based on information in the form and context in which it appears.

To view the live webcast: http://www.investorcalendar.com/IC/CEPage.asp?ID=170293

Teleconference Information (all numbers are Toll-Free):

PMI is an international gold company which is focused on developing a substantial West African gold business spanning three emerging mining centres in south-west Ghana, one of the world’s most prolific gold producing regions. PMI has a strong portfolio of assets in Ghana, with a dominant 70km contiguous landholding in the Asankrangwa Gold Belt with interests in 9 concessions which comprises the 100% owned Obotan Gold Project and the 100% owned Asanko Regional Exploration Project. PMI also holds 2 mining leases and 2 concessions within the Ashanti Gold Belt which comprises the advanced exploration Kubi Gold Project. The Obotan Gold Project (Measured Resources of 15.57Mt grading 2.47g/t Au for 1.23Moz; Indicated Resources of 29.21Mt grading 2.00g/t Au for 1.88Moz; and Inferred Resources of 21.91Mt grading 1.99g/t Au for 1.40Moz, based on a 0.5g/t Au cut-off) is scheduled to start gold production in 2014 and expected to produce an average of 221,500 oz Au per year over the first five years. Mineral Resources is based on a resource estimate audited by Mr Peter Gleeson, who is a full time employee of SRK Consulting. Mr Gleeson is a Member of the Australian Institute of Geoscientists (MAIG) with sufficient experience relevant to the style of mineralization and type of deposit under consideration and to the activity undertaken to qualify as a Competent Person as defined in the 2004 Edition of the Australasian Code for Reporting of Exploration Results, Mineral Resources and Ore Reserves’ and as defined in terms of NI43-101 standards for resource estimation of gold. Mr Gleeson has more than 5 years’ experience in the field of Exploration Results and of resource estimation in general and consents to the inclusion of matters based on information in the form and context in which it appears.

PMI trades on the TSX, ASX and Frankfurt under the symbols PMV, PVM and PN3N.F, respectively.

Collin Ellison, Bsc Mining, MIMMM, C.Eng is the Qualified Person within the definition of that term under NI 43-101, who has assumed responsibility for the technical disclosure relating to PMI in this release.

Keegan is a gold development company which has been focussing on near term gold production at its high grade multi-million ounce Esaase gold project in Ghana. The Company offers investors the opportunity to share ownership in the rapid exploration and development of high quality pure gold assets. Keegan is focused on its wholly owned flagship Esaase gold project (3.83 million ounces of gold in the Measured and Indicated category with an average grade of 1.73 g/t Au and 1.25 million ounces of gold in the Inferred category with an average grade of 1.75 g/t Au, based on a 0.8 g/t Au cut-off) located in Ghana, West Africa; a highly favourable and prospective jurisdiction. Managed by highly skilled and successful technical and financial professionals, Keegan is well financed with no debt. The Company is also strongly committed to the highest standards for environmental management, social responsibility, and health and safety for its employees and neighbouring communities.

Keegan trades on the TSX and the NYSE MKT under the symbol KGN.

Greg McCunn, P.Eng. of Keegan Resources is the Qualified Person under NI 43-101 who has assumed responsibility for the technical disclosure relating to Keegan in this release.

Charles J. Muller, B.Sc. Geology (Hons), Pr.Sci.Nat., MGSSA, a Director of Minxcon Pty Ltd. of Johannesburg, South Africa and an independent Qualified Person under NI 43-101 is responsible for any disclosure related to Keegan’s Mineral Resources in this release.