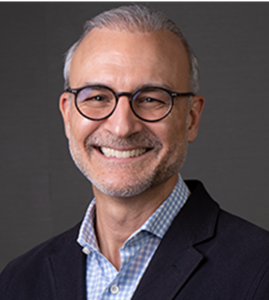 These are supposed to be the lazy days of summer.

Well, it seems the markets are still forward looking. And they’re seeing a potential near-term end to rate hikes. Actually, the market is pricing in rate cuts after the Fed funds rate hits something like 3.5%. That sounds a little aggressive to me. With high odds of a recession, I think the Fed will pause well before that.

But it’s not just the U.S. The IMF’s chief economist Pierre-Olivier Gourinchas just warned that “The outlook has darkened significantly since April. The world may soon be teetering on the edge of a global recession, only two years after the last one.”
A global recession?

Sounds like the potential for another round of quantitative easing (QE) to me. That’s when central banks load up on financial assets like government and corporate bonds – and even stocks – buying hand over fist, to lower interest rates and inject liquidity into the economy. It’s a strong signal that the central bank is hell bent on stimulating growth.

Maybe we’ll get rate cuts first. That’s probably why the Fed is so intent on raising them as quickly as they can, so they’ll have a few bullets to lower rates later. But lower rates from (maybe) 3.5% to zero will only do so much. QE would likely be the next arrow in their quiver.

Consider that it’s mostly supply chain issues and the Ukraine War that are causing supply-side issues, rather than outsized demand-side strength stoking inflation. So the Fed’s rate hikes are likely to have little effect on this rampant inflation.

As we have all learned, once an economy falls into the tractor beam of zero rates, it’s almost impossible to escape them… Growth numbers are going to come down and real growth might go to zero. We’re probably never going to go away from zero rates.
And yet, it’s no secret that silver prices have struggled for the better part of the past 5 months, and along with them the share prices of silver producers, developers and explorers alike. Not one subgroup has been spared. It’s exactly these kinds of conditions that separate the high- conviction investors from the bandwagon followers.

Many silver stocks are down by 20% to as much as 70% in just the last 12 months. This is obviously a true test of faith. Do you believe in the bull case for silver? Or are you just hoping for a quick, powerful rally in precious metals?

I’ve lived through several precious metals bull markets. And I’ve researched and studied several more. The fact is those who are able to arm themselves with patience and wait out the storm enjoy the fruits.

I own each and every stock that is in the portfolio. I eat my own cooking. My portfolio is struggling too. But the action of the past few days suggests strongly that the worst may now be behind us.

In this month’s issue I explore how, despite recent price weakness, silver demand from both industry and investment has remained robust. I then present an industry insider’s thoughts on the best physical silver options to buy right now. From there, I explore silver’s technical price action, do a deep dive on an attractive developer/explorer, and finish with company updates.

Given the economic backdrop, I believe a significant change is in the air for silver.

Courtesy of the Silver Stock Investor