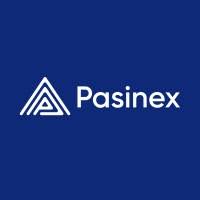 Andrew Gottwald, Chief Financial Officer of Pasinex, commented, “The results included within our annual reports released today demonstrate what can be accomplished through continued perseverance. The past few years have been difficult for management and the Company’s shareholders. The recent results and cash inflows from the joint venture should provide some confidence that Pasinex has turned a corner and will experience continued success at the Pinargozu mine and shareholders can look forward to receiving initial results of work begun in Nevada. Again, management thanks its shareholders for standing by the Company.”

Please note that all dollar amounts in this news release are expressed in Canadian dollars unless otherwise indicated. Refer also to the 2020 Management’s Discussion and Analysis (MD&A) and Audited Financial Statements found on SEDAR.com for more information. This news release includes non-GAAP measures, including adjusted equity gain from Horzum AS, adjusted consolidated net income, gross margin, cost per tonne mined and US$ cash cost per pound of zinc mined. A reconciliation of these non-GAAP measures to the GAAP financial statements is included in the MD&A.

Jonathan Challis, a fellow of the Institute of Materials, Minerals and Mining and a Chartered Engineer, is the qualified person (“QP”) as defined by NI 43-101, has approved the scientific and technical disclosure herein. Mr. Challis is a director of the Company and Chair of Horzum AS.

Pasinex Resources Limited is a Toronto-based mining company that owns 50% of Horzum Maden Arama ve Isletme Anonim Sirketi, through its 100% owned subsidiary Pasinex Arama ve Madencilik Anonim Sirketi ”). Horzum AS holds 100% of the producing Pinargozu high-grade zinc mine. Horzum AS sells directly to zinc smelters and or refiners through commodity brokers from its mine site in Turkey. The Company also holds an option to acquire 80% of the Gunman high-grade zinc exploration project in Nevada. Pasinex has a strong technical management team with many years of mineral exploration and mining project development experience. The mission of Pasinex is to build a mid-tier zinc company based on its mining and exploration projects in Turkey and Nevada.