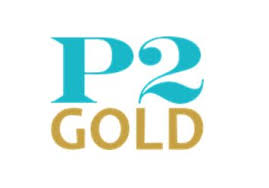 The proceeds of the Offering will be used to fund exploration and engineering expenditures and for general corporate purposes.

In connection with the Offering, the Company paid finder’s fees of an aggregate of $3,000 and issued an aggregate of 6,000 warrants to an arm’s length finder, representing 6% of the proceeds raised from subscriptions by, and 6% of the Units issued to, certain placees. All securities issued pursuant to the Offering are subject to a four-month hold period expiring on September 28, 2022 in respect of 1,724,800 Units and October 2, 2022 in respect of 934,000 Units. The securities offered pursuant to the Offering have not been and will not be registered under the United States Securities Act of 1933, as amended, and may not be offered or sold in the United States absent registration or an applicable exemption from the registration requirements of such Act.

Insiders of the Company subscribed for 1,600,000 Units. The issuance of Units to insiders is considered a related party transaction subject to Multilateral Instrument 61-101 – Protection of Minority Security Holders in Special Transactions. The Company relied on exemptions from the formal valuation and minority shareholder approval requirements provided under sections 5.5(a) and 5.7(a) of Multilateral Instrument 61-101 on the basis that the participation in the Offering by the insiders did not exceed 25% of the fair market value of the company’s market capitalization.

P2 is a mineral exploration and development company focused on advancing precious metals and copper discoveries and acquisitions in the western United States and British Columbia.