“San Antonio is the first discovery resulting from systematic drilling of panels along vein structures, in this case by extending drilling south from the Roberto Tovar shoot,” comments Joseph Hebert, Chief Executive Officer. “Resolving the fault and shear zone controls of dilation and shoot formation by systematic drilling of hosting fault zones should increase the rate of new discoveries. The new San Antonio discovery confirms the potential to consistently grow the Santa Ana Project.”

For equivalent calculations $1,900 per ounce gold, $26 per ounce silver, $0.87 per pound lead and $1.08 per pound zinc were used. Intervals shown are drill intercept, true thickness cannot be calculated yet.

San Antonio is 250 metres south of Roberto Tovar within the same structural zone of the Santa Ana Vein System. San Antonio strikes north-northeast and dips at a high-angle to the west. Multiple parallel veins occur within a shear zone up to 4 metres wide. Similar to Roberto Tovar it is likely that some close-spaced veins in San Antonio can be composited together with intervening wall rock while maintaining significant grades.

Three intitial drill-holes indicate that San Antonio likely projects to the surface and extends to a depth of at least 150 metres. San Antonio is open along strike and at depth. San Antonio will receive more drilling for shoot definition. Subsequently, systematic drilling will continue to the south of San Antonio and to the north of San Juan to test for new discoveries in undrilled segments of the Santa Ana Vein System.

Trending north to south: the San Juan, Roberto Tovar and San Antonio have a periodicity of three shoots within 1,250 metres of the southern  portion of the Santa Ana Vein System.  The Santa Ana Vein System extends for over 1 kilometre north of the San Juan shoot and this high-potential vein zone segment has not been tested yet due to thin post mineral volcanic and sedimentary rock cover.

Outcrop is rapidly advancing exploration on five silver and gold exploration projects with world-class discovery potential in Colombia.  Outcrop is currently drilling the Santa Ana historic high-grade silver district.  These assets are being advanced by a highly disciplined and seasoned professional team with decades of experience in Colombia.  2021 work programs are fully financed with a broad range of institutional shareholders. 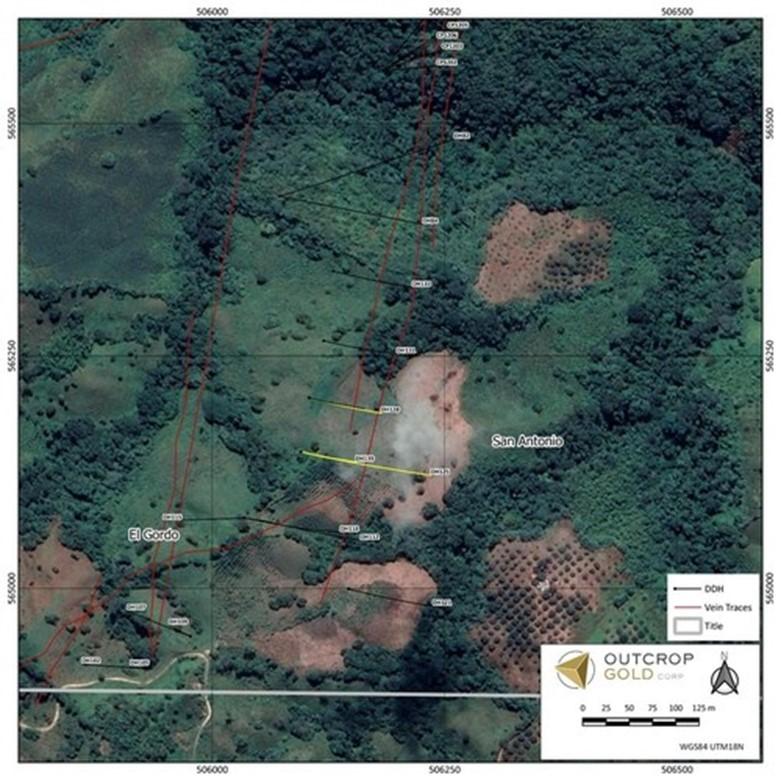 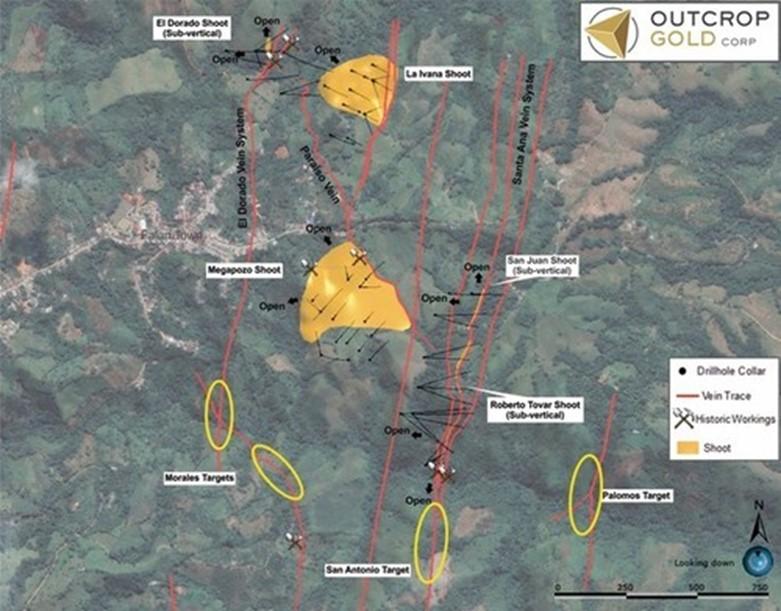 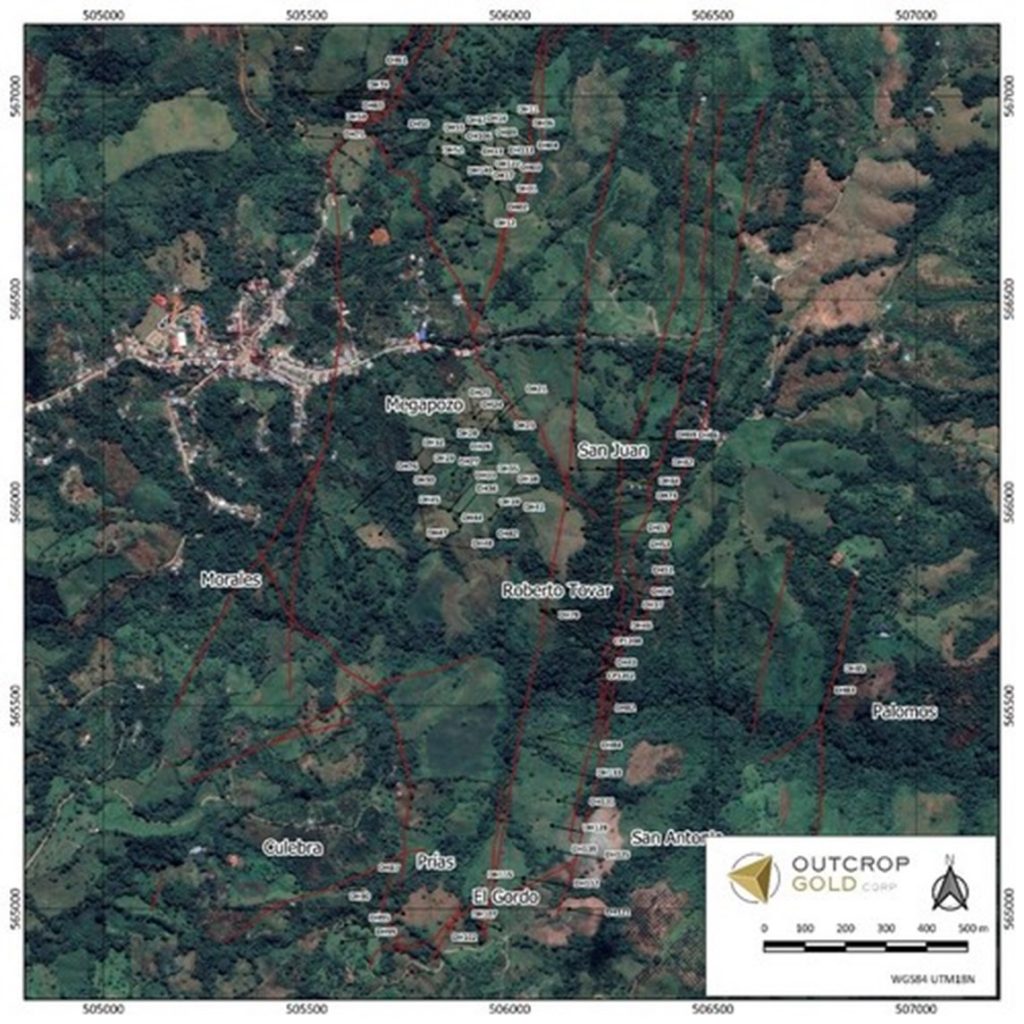