“Open drill intercepts and grade contouring suggest that San Antonio, Roberto Tovar, and San Juan may converge into a continuous shoot at depth,” comments Joseph Hebert, Chief Executive Officer. “Or that there is at least significant potential for high-grade between these three discoveries. Infill drilling and drilling to depth could add significant potential to Santa Ana in this area.”

Recent drilling has expanded San Antonio from 150 to over 220 metres at depth. If San Antonio extends to the depth of the adjacent Roberto Tovar shoot, it will contain over 400 metres of vertical elevation.  Importantly drill intercepts and grade contours suggest that from south to north, San Antonio, Roberto Tovar, and San Juan may merge into a continuous or near continuous zone of mineralization up to 1,200 metres long. The vein system containing these shoots also remains open to the south and north.

Outcrop is fully financed and rapidly advancing exploration on five silver and gold exploration projects with world-class discovery potential in Colombia.  Outcrop is currently drilling the Santa Ana historic high-grade silver district.  These assets are being advanced by a highly disciplined and seasoned professional team with decades of experience in Colombia. 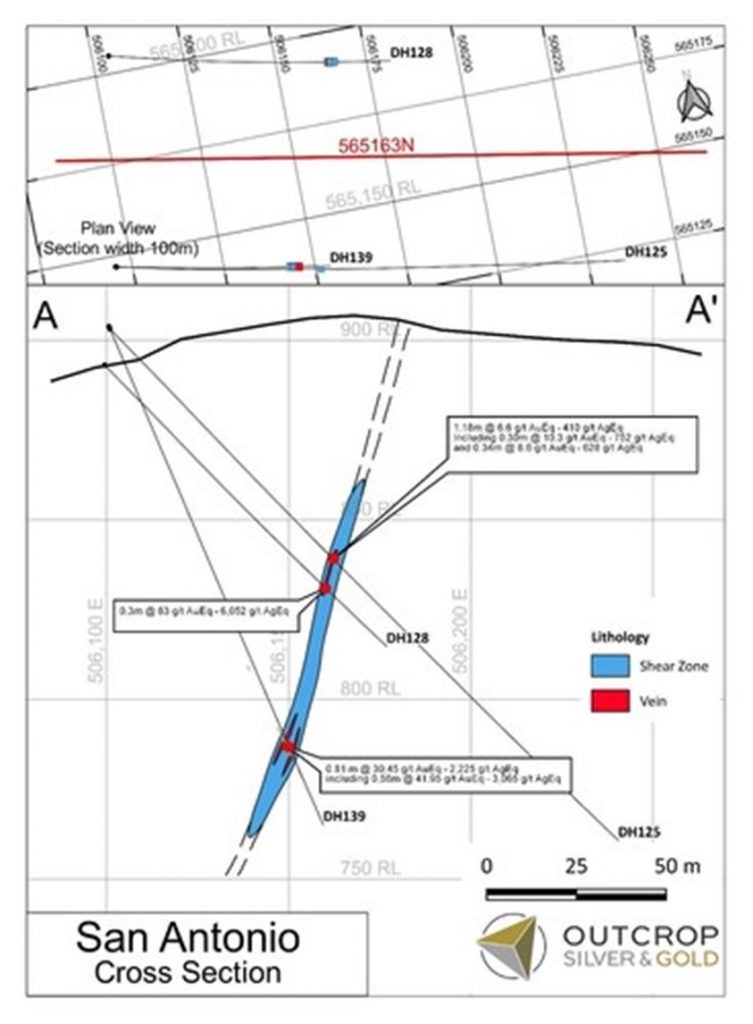 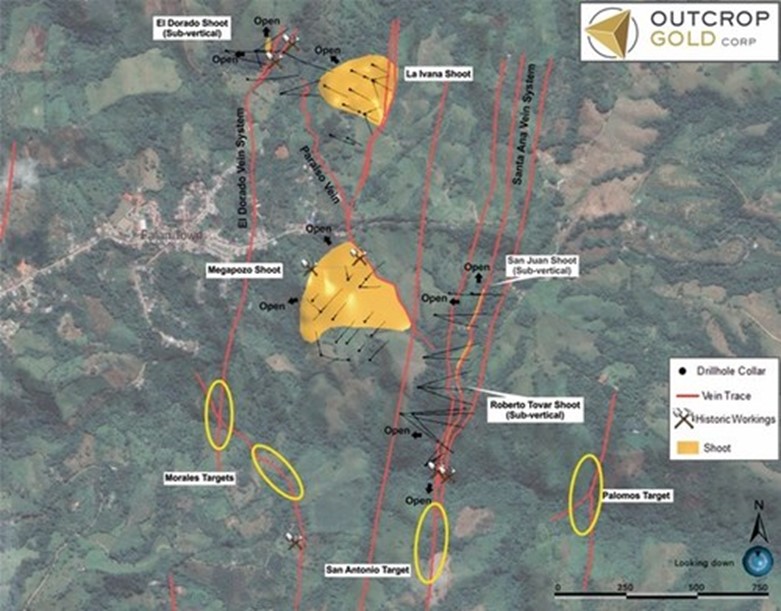